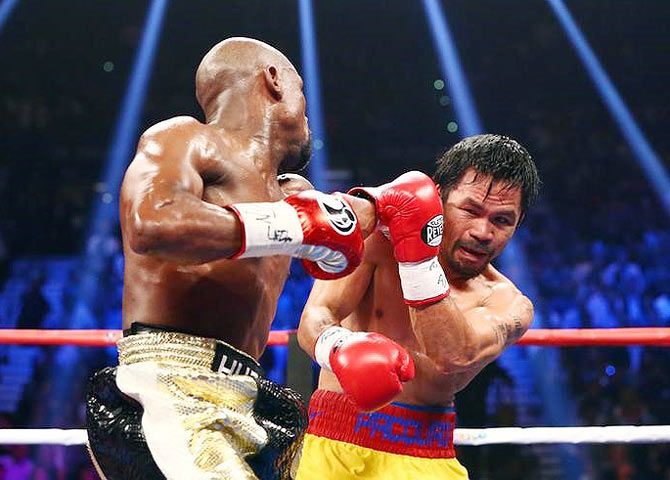 Floyd Mayweather Jr. preserved his unbeaten record as a professional with a unanimous decision victory over Manny Pacquiao of the Philippines in their welterweight mega bout at theMGM Grand Garden Arena on Saturday.

The 38-year-old American made a surprisingly strong start, then withstood some aggressive counter-punching by the Filipino southpaw in the later rounds as he improved his career record to 48-0.

Though Pacquiao repeatedly forced Mayweather to backpedal, the wily American blunted his opponent's best efforts by using his renowned defensive skills while getting in several telling jabs and punches of his own.

The showdown between the two best boxers of their generation, dubbed the 'Fight of the Century', had been more than five years in the making and is expected to be the biggest-grossing prize bout of all time.