Manchester City fired the opening shots at the start of a pivotal period in the Premier League title race with a 3-1 victory at bottom club West Ham United on Saturday despite the absence of suspended talisman Carlos Tevez.

Midfield powerhouse Yaya Toure proved City are a potent team even without the dynamic Argentine, scoring the opener and forcing an own goal from keeper Robert Green before substitute Adam Johnson completed a routine victory.

City, who have an easier-looking fixture list over the coming weeks than their main rivals, joined leaders Arsenal on 32 points and are one ahead of Manchester United.

United, though, have played 15 games while Arsenal have featured in 16 and City 17.

Arsenal travel to United on Monday while on Sunday fourth-placed Chelsea (30 points) face a tough assignment at Tottenham Hotspur who are fifth.

Champions Chelsea also meet United and Arsenal over the next two weeks.

Aston Villa beat West Bromwich Albion 2-1, Blackpool won 1-0 at Stoke City and there were no goals in the games between Fulham and Sunderland and Everton and Wigan Athletic.

Newcastle United host Liverpool later in their first match since manager Chris Hughton was replaced by Alan Pardew in midweek -- a development that prompted a pre-match demonstration.

Roberto Mancini's Manchester City side have been criticised for struggling without Tevez, scorer of nearly half their league goals this season, but at Upton Park they were in cruise control from the moment Toure thumped a shot past Green after 30 minutes.

Despite some cultured football City failed to build on their lead and West Ham were still threatening an equaliser when Toure made sure the visitors would go home with all the points.

The former Barcelona player galloped through the middle past a static West Ham defence and his shot rebounded off the post and into the net via the back of Green in the 73rd minute.

Johnson then added a third before James Tomkins scored a consolation for West Ham who are in danger of being bottom of the table at Christmas -- a position that usually proves fatal for a club's hopes of staying in the top flight.

Mancini left the talking to assistant Brian Kidd after the game but the man who was part of Alex Ferguson's coaching staff at Old Trafford said the Italian was beginning to knit together a team capable of winning the title.

"It speaks volumes we came here today and won," Kidd told Sky Sports. "The work Roberto does on the training ground technically and tactically is immense and it's coming to fruition.

"Now we are producing the results."

© Copyright 2022 Reuters Limited. All rights reserved. Republication or redistribution of Reuters content, including by framing or similar means, is expressly prohibited without the prior written consent of Reuters. Reuters shall not be liable for any errors or delays in the content, or for any actions taken in reliance thereon.
Related News: West Ham, Yaya Toure, Manchester City, Chelsea, Roberto Mancini
COMMENT
Print this article 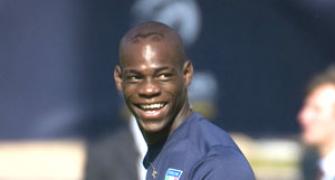 Balotelli is better than Torres: Mancini 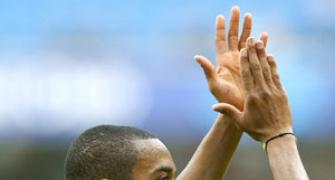 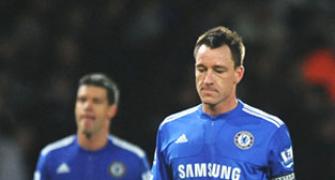 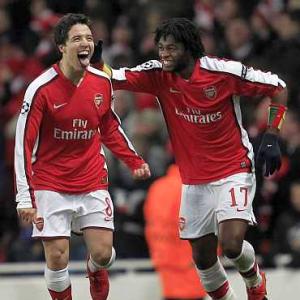