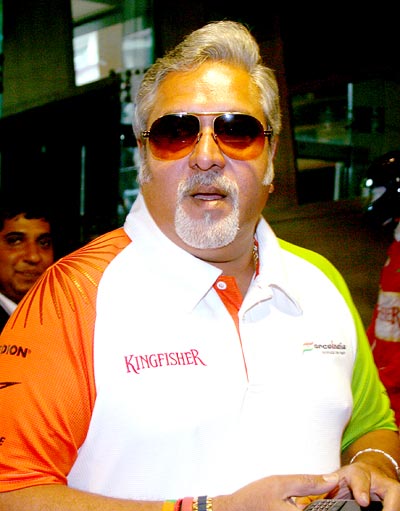 Indian drinks and aviation tycoon Vijay Mallya plans to gather his Formula One, cricket and soccer interests into one company and float it on the Mumbai stock exchange early next year.

"So many people are wanting to invest that I said: 'Why don't we put all the sporting assets under one company and list it?'" the Force India F1 team principal said at the Italian Grand Prix in Monza on Saturday.

"So that's what we are working on right now."

As well as his Formula One team, Mallya owns the Royal Challengers Bangalore cricket team in the Indian Premier League (IPL) and has 50 percent stakes in Kolkata-based Mohun Bagan and East Bengal soccer clubs.

He said the company gathering together his sports interests could be called UB Sports but planning is at an early stage and that has yet to be decided.

"Right now it's just past the concept stage. We have advisors working on it so it will take a few months and then we need to ensure compliance and stuff like that with the securities and exchange board of India," he said.

"Ultimately the first quarter of next year should be an achievable target."

Mallya said his sports interests are currently owned by different entities within his business empire and that needs to be restructured within the parameters of Indian law, with independent evaluations carried out.

"At the end of the day Force India should ideally be majority owned by Indians," he said of the Formula One team who scored their first points in Belgium last month with Italian Giancarlo Fisichella starting on pole and finishing second.

Mallya was unable to put a figure on how much a flotation could ultimately raise. "We haven't looked. We are nowhere near that stage yet," he said.

"When I paid $115 million or whatever it is for my cricket franchise, everybody said 'Wow'.

"Now they are talking about valuations up to 300 million. so it's not a question of only a financial investor. I think a lot of people will invest because there will be a combination of prudent financial investment and passion."

© Copyright 2021 Reuters Limited. All rights reserved. Republication or redistribution of Reuters content, including by framing or similar means, is expressly prohibited without the prior written consent of Reuters. Reuters shall not be liable for any errors or delays in the content, or for any actions taken in reliance thereon.
Related News: Vijay Mallya, Force India, United Breweries Group is India, United Spirits Ltd, Royal Challengers Bangalore
SHARE THIS STORYCOMMENT
Print this article 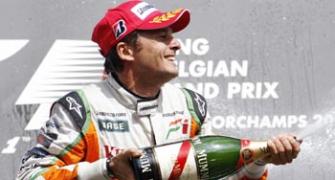 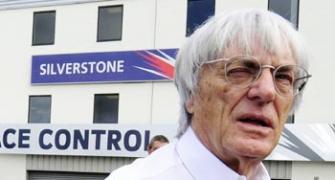 I'd like to see Karun in Force India car: Bernie 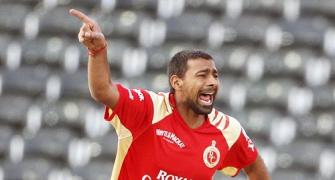 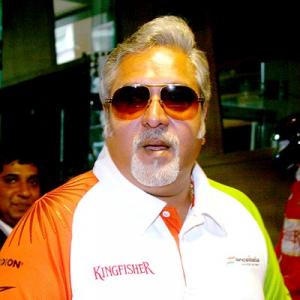