Two-time defending champion P V Sindhu remained on course for retaining her title as she reached the semi-finals with a hard-fought three-game win over China's Chen Yufei at the $120,000 Macau Open Grand Prix Gold tournament in Macau on Friday. 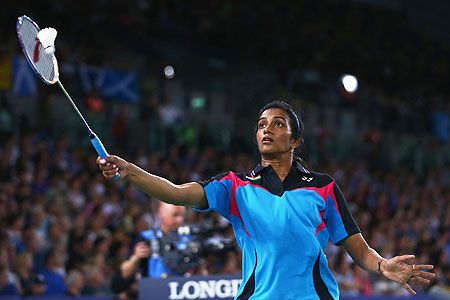 Sindhu is the lone Indian left in the tournament, after men's singles players B Sai Praneeth and H S Prannoy bowed out.

The two-time World Championship bronze-medallist, Sindhu will next square off against the winner of the match between Japan's Sayaka Sato and Japan's Akane Yamaguchi.

Sindhu stamped her authority early in the match as she zoomed to a 8-1 lead. However, Chen narrowed it down to 7-8 but the Indian was alert enough and eventually pocketed the first game with a four-point burst.

In the second game, Chen opened up a narrow 5-2 lead and entered the break with a 11-7 advantage. The Chinese continued to march ahead after the interval and staved off the challenge from Sindhu.

In the decider, fifth-seeded Sindhu changed gears and lead 7-3 initially. She continued her surge, picking points at will and eventually closed the issue without much ado.

In the men’s category, it was a disappointing day for Praneeth and Prannoy as their fight ended with losses against Malaysia's Goh Soon Huat and Indonesia's Ihsan Maulana Mustofa respectively.