Tainted Commonwealth Games official, Rajkumar Sacheti has been appointed as “advisor” for this year's Lusofonia Games by the Goa government, leading to the resignation of the Organising Committee chairman.

Sacheti, who was found misusing his official position as Joint DG, CWG by the Central Vigilance Commission and a close aide of under trial CWG OC chairman Suresh Kalmadi, has been appointed as advisor by the state government, along with another CWG official V V Saxena.

The eligible candidates like Roque Dias and Dr Susan D'Souza, both of whom had served as Goa's Director of Sports and Youth Affairs, were ignored for the job despite their proven credentials as sports administrators.

Shripad Yasso Naik, president of the Goa BJP state unit and North Goa Member of Parliament, has tendered his resignation to the Chief Minister Manohar Parrikar, as the chairman of the Lusofonia Games OC.

Goa CM Manohar Parrikar has now taken over as the chairman of the OC after Naik submitted his resignation two days back, alleging he was kept in the dark over certain matters related to the Organising Committee, including the appointment of Sacheti.

Both Sacheti and Saxena were involved with the 2010 Delhi Commonwealth Games with the former being subjected to investigation by the various government agencies for irregularities in the committee during the CWG.

Sacheti was the Joint DG, CWG OC, Coordination and Acquisition and handled ticketing, accreditation and management of venues.

His appointment was confirmed this Friday by the state government for the third edition of the Games to be held in November, meant for all Portuguese speaking nations. The event is similar in concept to the Commonwealth Games (for members of the Commonwealth of Nations) and the Jeux de la Francophonie (for the Francophonie community).

Kalmadi, former Indian Olympic Association (IOA) president, was under trial by Delhi court for corruption and misusing his public office during the CWG.

The appointment of Sacheti, who was once the private secretary to Kalmadi in the IOA, has created a flutter in political and sporting circles of Goa with the Executive Director of Sports Authority of Goa (SAG) and Joint CEO, Lusofonia Games, Elvis Gomes assuring to apprise the secretary, sports of the appointments.

“The names of Roque Dias and Susan D'Souza were considered for the post but I don't know why these two were neglected. They have the necessary expertise as they belong to the state but the doors are still not closed for them. They will be roped in for the Games in some other capacity,” Gomes said.

“We had approached the CWG organising committee to suggest us names for the advisor job and Sacheti and Saxena's names were recommended to us because of their active participation in the Commonwealth Games. Their role is very restricted here,” he added.

When told about the tainted past of Sacheti, Gomes said, “I would apprise the CEO of the Games and secretary sports, Keshav Chandra about the appointment and the action will be taken.”

When contacted, Dr Rufino, member of the Lusofonia Games OC, refused to comment on the matter.

Naik said that both the officials have been appointed by the CM and he was not happy with the functioning of the GamesOC.

“I am no longer a part of the committee as I resigned two days back. I resigned because I wasn't kept in the loop about these appointments and that's one reason, why I submitted my papers. Nothing was known to me about the functioning of the committee,” he said.

Dias, who was appointed as the CWG Deputy DG for import of equipments and emerged as one of the best officials during the Games, is currently serving as Regional Director, LTDP - Youth OG'20 at Sports Authority of India and is the technical director of Churchill Brothers football team. 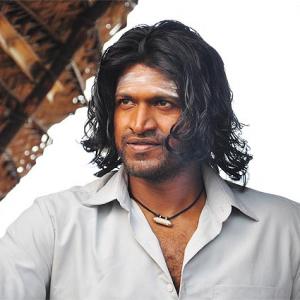