Hit hard by one of the biggest doping scandals in the run-up to the Olympic Games, India's athletics team, including a couple of medal hopefuls, would hope to seek solace and redeem their reputation with some strong performances in London.

Athletics was hit by the steroid doping scandal that involved six top quartermilers, including Asian Games double gold medallist Ashwini Akkunji, and her three 4X400m relay quartet members -- Sini Jose, Mandeep Kaur and Manjeet Kaur -- who were banned for one year by the NADA. 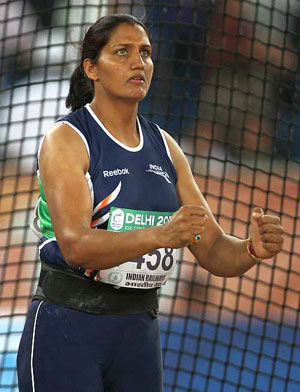 Their ban ended just before the Olympic qualification period but the faint hopes of appearing in the London Games were dashed after the IAAF appealed to the Court of Arbitration for Sports in Switzerland to increase their sanction to two years.

The relay quartet won gold in the 2010 Commonwealth Games in New Delhi and the Asian Games a month later. Akkunji became the toast of the country after she also won the 400m hurdles in Guangzhou, only to be caught for doping later. Manjeet ended her career after she allegedly refused to give samples to NADA officials in Patiala.

The doping saga has sullied the image of athletics after India achieved unprecedented success in the Commonwealth and Asian Games. Impressive shows by some of the athletes in the run-up to the Olympics gave some cheers. All the Indians in the fray, though, will start as rank outsiders in the British capital.

Several national records were created while Vikas Gowda became the first Indian to win a medal in the prestigious Diamond League series while also occupying the top spot in IAAF world rankings for a brief period in April.

Fourteen athletes have qualified for the London Games, the second-highest ever, after 24 took part in the 2000 Sydney Olympics. However, only two -- Gowda and Krishna Poonia in men's and women's discus -- could be considered as medal hopefuls. 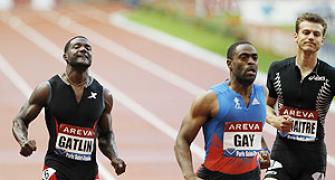 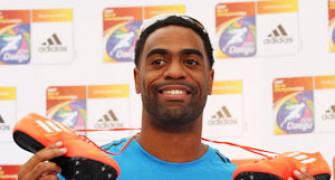 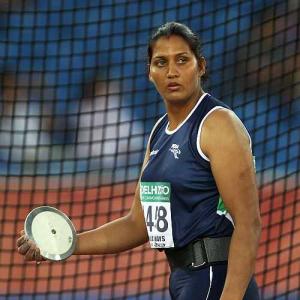