Somdev Devvarman failed to provide cheer to the Indian camp at the London Olympics as he bowed out of the men's singles after a straight-sets defeat to 41-ranked Jarkko Nieminen on Sunday.

The total duration of the match was 73 minutes after rain interrupted it for a long spell, when the 418-ranked Indian was down by a set and trailing 0-1 in the second.

The gold medal winner at the 2010 Commonwealth and Asian Games dropped serve twice in the opening set and converted the only chance he got.

Nieminen held advantage by breaking Somdev twice in the second set as he took an unassailable 3-0 lead.

Somdev showed put up a fight as he broke back, but it was too late as the Finn again broke to close out the match.

India have another player competing in the men's singles, with Vishnu Vardhan taking on Slovakia's Blaz Kavcic.

Vardhan made the draw after Germany's Philipp Kohlschreiber withdrew dew to a hamstring injury.

India's medal hopes rest on the doubles pair of Mahesh Bhupathi and Rohan Bopanna, who will open their campaign on Monday after their match was put off due to rain on Sunday.

The pair of Leander Paes and Vardhan is also scheduled to play their first round match on Monday. 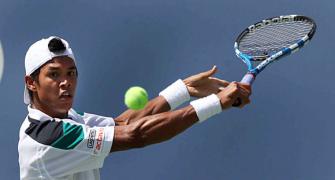 'You are never going to have an easy match at Olympics' 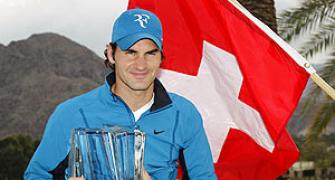 Bhupathi-Bopanna have a chance to do very well: Federer

India's schedule at the Games - July 29

Sania-Rushmi out of women's doubles