The 29-year-old mother had to rest content with a bronze.

The Briton will take on Ren Cancan of China in the final.

Five-time World champion Mary Kom was no match for her British opponent, who was egged on by a vociferous home crowd that included Prime Minister David Cameron and last edition's silver medallist Aamir Khan.

© Copyright 2021 Reuters Limited. All rights reserved. Republication or redistribution of Reuters content, including by framing or similar means, is expressly prohibited without the prior written consent of Reuters. Reuters shall not be liable for any errors or delays in the content, or for any actions taken in reliance thereon.
Related News: Mary Kom, Nicola Adams, Chungneijang Mery Hmangte, Marlen Esparza, David Cameron
COMMENT
Print this article 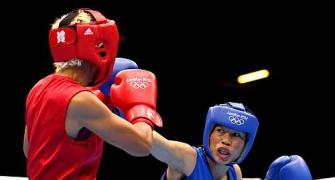 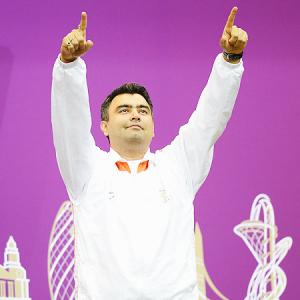 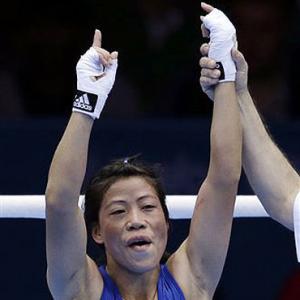