Disgraced Chinese Yu Yang has decided to quit badminton while national officials have told their Olympic team leaders and disgraced players to make a public apology for throwing matches at the London Games.

Yu was among eight women's doubles players expelled from the Games on Wednesday. The others were team mate Wang Xiaoli, South Korean pairs Jung Kyung-eun and Kim Ha-na, and Ha Jung-eun and Kim Min-jung, plus Greysia Polii and Meiliana Jauhari of Indonesia.

"This is my last competition. Goodbye Badminton World Federation (BWF), goodbye my beloved badminton," Yu wrote on her Tencent microblog. "We ... only chose to use the rules to abandon the match.

"This was only so as to be able to compete better in the second round of the knockout (stage). This is the first time the Olympics has changed the (event's format). Don't they understand the harm this has caused the athletes? 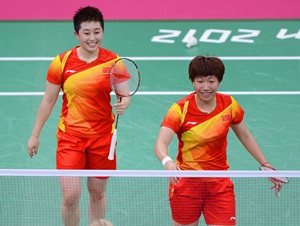 "You have heartlessly shattered our dreams," said Yu. "It's that simple, not complicated at all. But this is unforgiveable."

Yu and Wang were the top-seeded pair.

The eight players were turfed out of the Olympics by the BWF for throwing matches in a bid to secure more favourable draws later in the tournament.

The sight of four pairs deliberately easing off disgusted a crowd of 4,800 packed into Wembley Arena expecting to see the best of badminton's best.

Instead the fans were treated with disdain as the Chinese, Korean and Indonesian players sprayed hopeless shots into the net and beyond the lines. Their antics were also beamed around the globe to a disbelieving audience.

"The delegation has already severely criticised and educated the responsible badminton leaders, team and relevant players and demanded they profoundly recognise the seriousness and the harmfulness of this matter, reflect deeply on it, publicly apologise and resolutely prevent such incidents from happening again," Xinhua quoted an unnamed spokesman as saying.

Li Yongbo, chief coach of the Chinese badminton team, said the poor behaviour of his players reflected the shortcomings of the new regulations in the sport.

"I feel that no matter whether it is the rules or something else, that's no excuse," said Li. "The key point is we did not behave professionally as athletes and did not treat each match seriously.

"We didn't strive with all our might in the Olympic way. From that point of view we really didn't grasp this point thoroughly ... as chief coach I really feel I must say sorry to fans and viewers nationwide," Li told Xinhua.

The issue has generated heated debate on Chinese microblogs.

While some people said the players deserved to be thrown out, others expressed sympathy.

"They should certainly be punished but the burden should not fall on those two players. The trainer was the mastermind behind this. The players are only scapegoats," wrote one user on the Twitter-like Sina Weibo.

© Copyright 2021 Reuters Limited. All rights reserved. Republication or redistribution of Reuters content, including by framing or similar means, is expressly prohibited without the prior written consent of Reuters. Reuters shall not be liable for any errors or delays in the content, or for any actions taken in reliance thereon.
Related News: Xinhua, BWF, Li Yongbo, Yu Yang, Wang Xiaoli
SHARE THIS STORYCOMMENT
Print this article 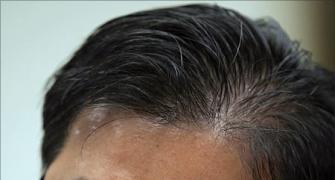 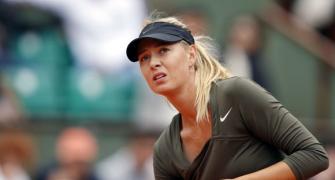 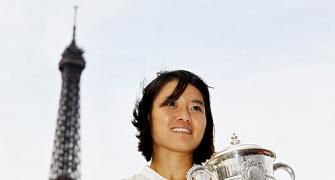 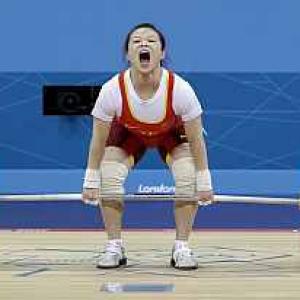 BWF pulls up new 'skirt rule' by a month