Sprinter Dwain Chambers and cyclist David Millar were cleared to compete in this year's London Olympics after the British Olympic Association's (BOA) lifetime Games ban on drug offenders was overturned by the Court of Arbitration for Sport on Monday.

The BOA asked CAS to mediate after the World Anti-Doping Agency (WADA) ruled the life ban did not comply with its global doping code which provides for a maximum two-year ban for a first offence.

"The CAS Panel has ruled that the BOA bye-law related to the selection of British athletes for the Olympic Games was not in compliance with the World Anti-doping Code," CAS said in a statement on its website (www.tas-cas.org/d2wfiles/document/5878/5048/0/Media20Release20BOA20WADA20final.pdf)

The BOA described the decision as a "hollow victory" for WADA.

"No doubt for athletes, for coaches and administrators and others in international sport who want to see greater progress in the fight against doping, this will be seen as a hollow victory for WADA.

"We live in difficult days when WADA spends time and money reducing those countries that have taken a determined stance against drugs cheats in sport such as Canada, New Zealand and ourselves to a two-year ban which, as (former British Olympic rowing champion) Sir Steve Redgrave has said is tantamount to almost saying it is acceptable."

WADA said that Britain, as a signatory to its code, had to abide by its worldwide policy.

"CAS has ruled that the BOA by-law imposing a lifetime ban from the Olympic Games is an extra sanction and is therefore non-compliant with the World Anti-Doping Code," WADA president John Fahey said in a statement.

Fahey said WADA regretted the "many hysterical and inaccurate public statements from the BOA in the course of challenging the WADA decision".

"WADA has spent the last decade harmonizing the fight against doping in sport across the world by creating one set of rules in consultation and in accordance with the wishes of all its stakeholders, both sport and government," Fahey added.

"In order to achieve this harmonization, the rules have had to be proportionate and respectful of the rights of individuals within the framework of international law. They are not based on emotive arguments or the wishes of any one signatory or individual.

"As with all signatories, the BOA has the right to make submissions to amend the Code through the Code Review Process that is currently ongoing."

British Cycling said they would not directly comment on whether the CAS decision would lead to Millar being selected for the London Games.

"Our team for the Games is being selected in June and across all disciplines we'll pick the team based on which riders are fit and available, and who we believe have the best chance to deliver medals," a spokesperson said.

"Ahead of that we won't be speculating on who may or may not be selected."

The IOC said it respected CAS's decision on Monday.

"CAS also ruled against our rule (the Osaka rule) which prevented doped athletes competing in the following edition of the Games," the IOC said in a statement.

"Whilst the BOA rule is different we both want a system that allows us to determine the eligibility of the athletes and imposes tough sanctions on doped athletes."

© Copyright 2021 Reuters Limited. All rights reserved. Republication or redistribution of Reuters content, including by framing or similar means, is expressly prohibited without the prior written consent of Reuters. Reuters shall not be liable for any errors or delays in the content, or for any actions taken in reliance thereon.
Related News: BOA, WADA, Court of Arbitration for Sport, CAS Panel, International Olympic Committee
COMMENT
Print this article
London 2012 doping lab gets WADA approval
NRAI blames private agency for London hotel drama 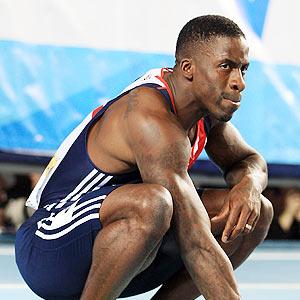 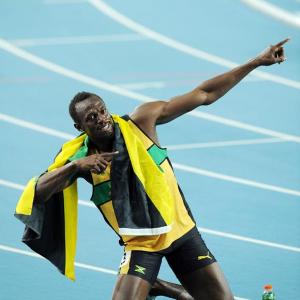 'Bolt could run 9.4 at London Olympics'