With the London Olympics around the corner, the Sports Authority of India (SAI) on Wednesday reached out to athletes, who are part of the body's 'Olympic Hopeful' scheme, by providing them with necessary training, coaching and financial assistance in the run-up to the mega event.

SAI has prepared a list of 42 sportspersons, who will be provided with the additional assistance apart from its OPEX 2012 programme, and includes those who have already booked their berths for Olympics or are likely to qualify.

The 'Olympic Hopeful' scheme has been approved by the Sports Ministry and includes some of the top names including Beijing Games gold-medallist Abhinav Bindra, bronze-medallists Vijender Singh and Sushil Kumar and the likes of Leander Paes, Somdev Devvarman and Saina Nehwal.

"In our General Steering Committee meeting held on February 6 and 10 for the 16 identified Olympic sports, we decided to provide athletes with all kinds of support under the Specialised Programme. "Five-time world champion boxer MC Mary Kom had given a specific proposal to train under Charles Atkinson and she will be training under Atkinson from February 15 to March 15 in Pune. Around Rs 10 lakh has been sanctioned to her including coach's professional fee and charges for sparring partners. An Indian boxing coach has also been attached to her," said SAI Director General Desh Deepak Verma.

"Indian track and field athlete Mayookha Johny will undergo special training under the customised programme in a foreign country. SAI has also accepted the request made by another athlete Tintu Luka to train at high altitude centres and European Circuit. She is presently training at P T Usha's academy," he said.

The Director General informed that SAI sent letters to all the 42 athletes, asking them about their needs for specialised training as well as customised programme.

"In our steering committee meeting, we decided to provide both the men's and women's archery teams to train in Korea from February 21 to March 26. Four players namely Laishram Bombayla D, Deepika Kumari, Chekrovolu Swuro (all women) and Jayanta Talukdar (men) have already qualified for the Olympics and others hopefuls include Rahul Banerjee, Tarundeep Roy, Mangal Champia and Thipovoyi Swuro," he said.

"Deepika, Jayant along with the Indian coach Purnima Mahato and Korean coach Lim Su are already training in Korea. The process of procuring special equipments for archers has already been started after the committee gave its approval," he added.

Verma said the request by ace discus thrower Krishna Poonia for specialised training has also been approved by SAI.

"She had also asked for the services of a physio and a masseur and that demand has been met with."

He said that SAI has asked the National Sports Federations (NSFs) to keep their itinerary to the bare minimum so that the sports body can provide the much-needed foreign exposure to the medal hopefuls in the run-up to the Games.

SAI's letter had asked the athletes to give their requirements for coaching camps, training-cum-competition exposure in India and overseas and requirement of nutritional and food supplements.

"Keeping in mind the London Olympics, we don't want to take any chances. The purpose of this initiative is to bring back medals from London," he added. 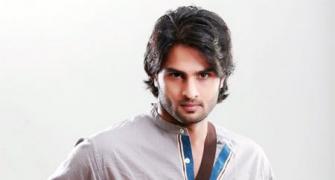