Britain is increasing police numbers by 40 per cent for Sunday's London marathon as part of an effort to reassure competitors and spectators after bombs devastated the Boston race on Monday.

One suspect in the Boston bombing was killed in a city suburb on Friday and a manhunt was underway for a second.

Two explosions near the finish line of the Boston race killed three people and injured 176, triggering security scares across the United States and prompting British authorities to review security arrangements ahead of the London event. 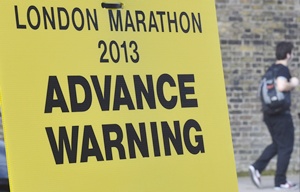 The head of the Metropolitan Police's London marathon operation, Julia Pendry, said on Friday there would be several hundred more officers on the streets than had originally been planned for Sunday's race.

"We've got more search dogs out, we've got more officers on high-visibility patrols," she told reporters gathered outside the Metropolitan Police headquarters at New Scotland Yard, less than two kms from the marathon's finish line.

The increased policing was intended to reassure the 36,000 runners and the hundreds of thousands of supporters who were expected to line the course as the race wound round TowerBridge and the CanaryWharf financial district before ending in front of BuckinghamPalace, she said.

Pendry, who has worked on the police operation for the London marathon for five years, said that officers were well briefed and many contingency plans were in place to protect the 42-km route.

She said the Metropolitan Police had been in touch with security authorities in Boston regarding the event.

Westminster Council said in an emailed statement that in its borough, the site of the race's finish, all rubbish bins near the course were being removed as a security measure.

© Copyright 2021 Reuters Limited. All rights reserved. Republication or redistribution of Reuters content, including by framing or similar means, is expressly prohibited without the prior written consent of Reuters. Reuters shall not be liable for any errors or delays in the content, or for any actions taken in reliance thereon.
Related News: London, Metropolitan Police, Boston, Julia Pendry, Westminster Council
COMMENT
Print this article
Hyderabad blasts: Core issues which need to be addressed 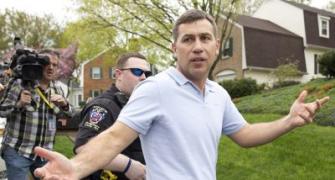 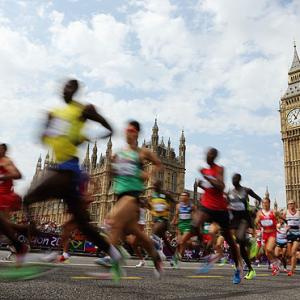 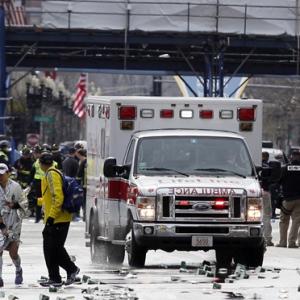