In an exhausting 75-minute tussle with third seed Peter Gade of Denmark on Saturday, Lin battled to a 22-24, 21-7, 21-15 victory to stay in the hunt for a fourth world title.

World number one Chong Wei earlier claimed his place with an impressive 21-13, 21-9 win over holder Chen Jin of China.

On an exciting day, the Wembley Arena crowd was thrilled by locals Chris Adcock and Imogen Bankier who reached the mixed doubles final to huge acclaim.

Disappointed Gade, 34, told reporters after his latest defeat by Olympic champion Lin: "I knew it was going to be hard work out there.

"I played the way I can play in the first game and I am proud of that. I just couldn't keep it up in the second and the third.

"I wish I could have made it a bit different at 15-15 in the third but I wasn't able to do that and, of course, it's also to his credit that he was playing with a lot of discipline in the end and that makes it difficult."

Lin, who holds a 15-8 head-to-head advantage over Malaysia's Chong Wei, said: "I was worried a bit in that third game... but I then thought about it and played well."

Earlier, the crowd cheered the latest exploits of the unseeded Adcock and Bankier who swept aside second-seeded Indonesians Tantowi Ahmad and Liliyana Natsir 21-16, 21-19.

Scot Bankier lay on the ground overcome by joy while her English partner raced round the hall to the delight of all.

It was their third victory this week over seeds and confirmed the world number 18 pairing as a genuine force.

Adcock said: "Today I think I was playing with the best women's mixed doubles player in the world. She tore Natsir up and made my job so easy."

The duo will now try to emulate British compatriots Nathan Robertson and Gail Emms who won gold in 2006 in Madrid.

Cheng has never beaten Wang in three attempts but the bubbly 25-year-old said: "There's always a first time for everything." 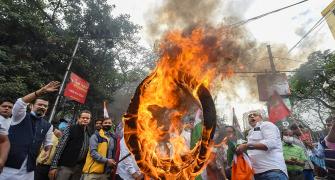 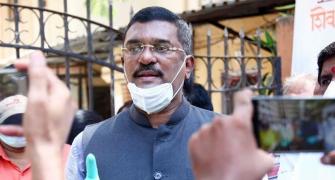