Unseeded players, Lathika Prem Kumar of Tamil Nadu and Rajasthan's Udayan Bhakar, caused the biggest upsets in the girls' under-12 and boys' under-16 singles respectively, in the semi-finals of the Cricket Club of India (CCI) 6th Ramesh Desai Memorial All India Ranking National Tennis Championship 2012, played , at the (CCI) courts, Mumbai on Friday.

Enjoying a superb run in the tournament, Udayan, who had sidelined third seed Vishu Prasad of Delhi in the quarter-finals on Thursday, produced another stellar performance to send second seed Sachin Kumar of Chandigarh packing out of the competition. 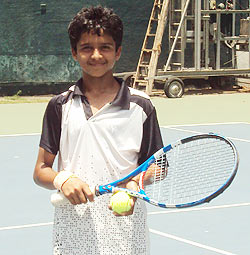 After warding off the initial challenge from Sachin in the first set, Udatan was in cruise control mode as went on to close out the match in straight sets at 7-6(3), 6-1. In Saturday's final, he will meet top seed Tamil Nadu's Akshay I.B., who swamped qualifier Paramveer Bajwa also from Chandigarh 6-0, 6-0.

Lathika continued her giant killing spree as she came up with a strong display to topple yet another higher ranked and seeded player. The tall and well built girl from Chennai, who is ranked 24th in the country, served well and hit some powerful forehand winners to outplay Maharashtra's 16th seed Ishwari Seth 6-2, 6-0 without much ado and progress to the summit round.

She had earlier conquered 15th seed Tanvi Hatangadi (Ktk) in the second round, second seed Rutvi Shah of Gujarat in the pre-quarters and eight seed Shivani Ingle of Maharashtra the quarters.

All the doubles finals will be played from 9-30 am and the singles finals from 3.30 pm at the CCI courts. 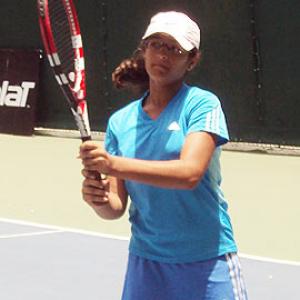 A dismal third anniversary for UPA-2