Lance Armstrong and his team ran the most sophisticated doping programme in sport according to the United States Anti-Doping Agency (USDA) which released its report on the case against the US Postal cycling team on Wednesday.

Transcript of statement from USADA chief executive Travis Tygart regarding the US Postal Service doping conspiracy:

"Today, we are sending the 'Reasoned Decision' in the Lance Armstrong case and supporting information to the Union Cycliste International (UCI), the World Anti-Doping Agency (WADA), and the World Triathlon Corporation (WTC). The evidence shows beyond any doubt that the US Postal Service Pro Cycling Team ran the most sophisticated, professionalized and successful doping program that sport has ever seen.

The evidence of the US Postal Service Pro Cycling Team-run scheme is overwhelming and is in excess of 1000 pages, and includes sworn testimony from 26 people, including 15 riders with knowledge of the US Postal Service Team (USPS Team) and its participants' doping activities. The evidence also includes direct documentary evidence including financial payments, emails, scientific data and laboratory test results that further prove the use, possession and distribution of performance enhancing drugs by Lance Armstrong and confirm the disappointing truth about the deceptive activities of the USPS Team, a team that received tens of millions of American taxpayer dollars in funding. 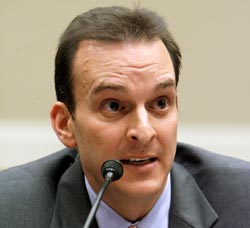 Together these different categories of eyewitness, documentary, first-hand, scientific, direct and circumstantial evidence reveal conclusive and undeniable proof that brings to the light of day for the first time this systemic, sustained and highly professionalized team-run doping conspiracy. All of the material will be made available later this afternoon on the USADA website at www.usada.org.

The USPS Team doping conspiracy was professionally designed to groom and pressure athletes to use dangerous drugs, to evade detection, to ensure its secrecy and ultimately gain an unfair competitive advantage through superior doping practices. A program organized by individuals who thought they were above the rules and who still play a major and active role in sport today.

The evidence demonstrates that the 'Code of Silence' of performance enhancing drug use in the sport of cycling has been shattered, but there is more to do. From day one, we always hoped this investigation would bring to a close this troubling chapter in cycling's history and we hope the sport will use this tragedy to prevent it from ever happening again.

- How the noose was tied around Armstrong's neck

Of course, no one wants to be chained to the past forever, and I would call on the UCI to act on its own recent suggestion for a meaningful Truth and Reconciliation program. While we appreciate the arguments that weigh in favor of and against such a program, we believe that allowing individuals like the riders mentioned today to come forward and acknowledge the truth about their past doping may be the only way to truly dismantle the remaining system that allowed this "EPO and Blood Doping Era" to flourish. Hopefully, the sport can unshackle itself from the past, and once and for all continue to move forward to a better future.

Our mission is to protect clean athletes by preserving the integrity of competition not only for today's athletes but also the athletes of tomorrow. We have heard from many athletes who have faced an unfair dilemma - dope, or don't compete at the highest levels of the sport. Many of them abandoned their dreams and left sport because they refused to endanger their health and participate in doping. That is a tragic choice no athlete should have to make.

It took tremendous courage for the riders on the USPS Team and others to come forward and speak truthfully. It is not easy to admit your mistakes and accept your punishment. But that is what these riders have done for the good of the sport, and for the young riders who hope to one day reach their dreams without using dangerous drugs or methods.

The riders who participated in the USPS Team doping conspiracy and truthfully assisted have been courageous in making the choice to stop perpetuating the sporting fraud, and they have suffered greatly. In addition to the public revelations, the active riders have been suspended and disqualified appropriately in line with the rules. In some part, it would have been easier for them if it all would just go away; however, they love the sport, and they want to help young athletes have hope that they are not put in the position they were -- to face the reality that in order to climb to the heights of their sport they had to sink to the depths of dangerous cheating.

I have personally talked with and heard these athletes' stories and firmly believe that, collectively, these athletes, if forgiven and embraced, have a chance to leave a legacy far greater for the good of the sport than anything they ever did on a bike.

Lance Armstrong was given the same opportunity to come forward and be part of the solution. He rejected it. Instead he exercised his legal right not to contest the evidence and knowingly accepted the imposition of a ban from recognized competition for life and disqualification of his competitive results from 1998 forward. The entire factual and legal basis on the outcome in his case and the other six active riders' cases will be provided in the materials made available online later today. Two other members of the USPS Team, Dr. Michele Ferrari and Dr. Garcia del Moral, also received lifetime bans for perpetrating this doping conspiracy.

Three other members of the USPS Team have chosen to contest the charges and take their cases to arbitration: Johan Bruyneel, the team director; Dr. Pedro Celaya, a team doctor; and Jose "Pepe" Marti, the team trainer. These three individuals will receive a full hearing before independent judges, where they will have the opportunity to present and confront the evidence, cross-examine witnesses and testify under oath in a public proceeding.

From day one in this case, as in every potential case, the USADA Board of Directors and professional staff did the job we are mandated to do for clean athletes and the integrity of sport. We focused solely on finding the truth without being influenced by celebrity or non-celebrity, threats, personal attacks or political pressure because that is what clean athletes deserve and demand."

© Copyright 2022 Reuters Limited. All rights reserved. Republication or redistribution of Reuters content, including by framing or similar means, is expressly prohibited without the prior written consent of Reuters. Reuters shall not be liable for any errors or delays in the content, or for any actions taken in reliance thereon.
Related News: Lance Armstrong, USPS Team, USADA Board of Directors, US Postal, Union Cycliste International
COMMENT
Print this article 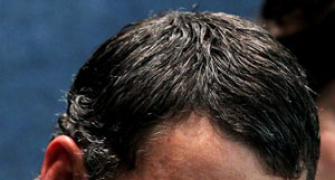 What former teammates said against Armstrong 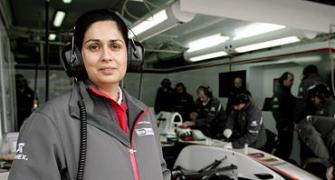 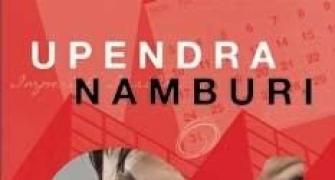 'Every challenge we face makes us reflect and learn' 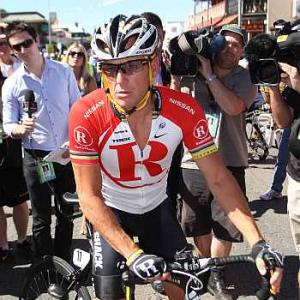 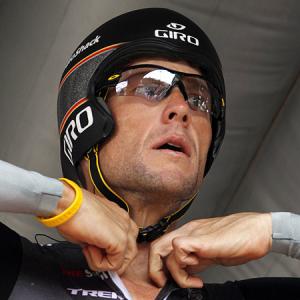