Anirban Lahiri's effort to cap a wonderful year with a good finish stayed on course as he was tied seventh along with some classy company at the Thailand Golf Championships in Chonburi, Thailand, on Saturday.

The 2011 Masters champion Charl Schwartzel, meanwhile, refused to take his foot off the pedal as held a massive five-shot lead over second placed Indo-Swede Daniel Chopra (69). He stayed in his zone to add a four-under 68 to his pair of 65s, to get to 18-under 198. His first and only bogey came in the third round.

Chopra at 13-under for three rounds, and Thitiphun Chuayprakong of Thailand (71) at 12-under exchanged places from overnight with the former moving to second.

Chopra, who has lost his card this year on the PGA Tour, will be looking to happy memories of 2001 when he won in Taiwan on the Asian Tour while struggling for form elsewhere.

The highly popular Spaniard Sergio Garcia (68) at 10-under, Australian Scott Hend (69) at nine-under and Japan's Masanori Kobayishi (73) at eight-under occupied the fourth to sixth places.

Lahiri, at seven-under 209, moved from overnight ninth to seventh and was delighted to be tied alongside the reigning Masters champion Bubba Watson (71), Ryder Cup stars Nicolas

Gaganjeet Bhullar (69) played a bogey-free round to make a smart move up from tied 50th to tied 27th at three-under, while Ajeetesh Sandhu (72) dropped marginally from tied 35th to 40th at one-under 215 for 54 holes. Shiv Kapur (72) stayed almost where he began with his level par round. He was tied 47th as against 50th overnight.

Earlier in the morning with 25 players returning to complete their second round, the cut fell at one-over and Jyoti Randhawa and Chiragh Kumar were among those missing it by one shot. Himmat Rai, Shankar Das, Digvijay Singh and SSP Chowrasia were the others to miss out. Gaurav Ghei, 10-over with eight to play, retired. 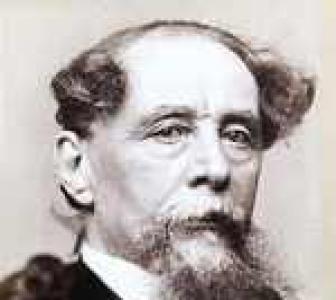 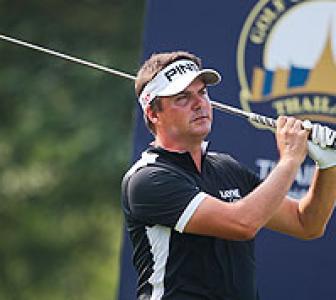 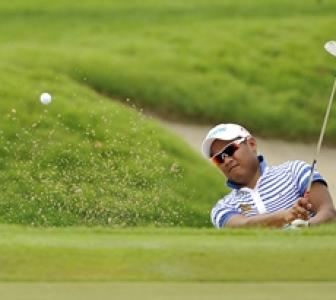