La Liga: Real back on top after Osasuna win Real Madrid returned to the top of La Liga after winning a testing game at Osasuna 3-1 on Saturday thanks to goals from Cristiano Ronaldo, Isco and substitute Lucas Vazquez.

Osasuna striker Sergio Leon cancelled out Ronaldo's 24th-minute opener after defender Tano had been carried off with a sickening double leg break while Real defender Danilo was forced off with an injury in the second half.

Isco restored Real's lead in the 62nd minute and Zinedine Zidane's side added a third through Vazquez with the last kick of the game.

Real goalkeeper Keylor Navas produced a string of quality saves to preserve their advantage before Vazquez sealed only a second league win for Real in seven visits to the perennial La Liga strugglers, who are bottom of the table on 10 points.

Real top the standings on 49 points, leap-frogging Barcelona on 48 after the champions thrashed Alaves 6-0 with the help of goals from their 'MSN' trident of Lionel Messi, Neymar and Luis Suarez.

© Copyright 2021 Reuters Limited. All rights reserved. Republication or redistribution of Reuters content, including by framing or similar means, is expressly prohibited without the prior written consent of Reuters. Reuters shall not be liable for any errors or delays in the content, or for any actions taken in reliance thereon.
Related News: Osasuna, Cristiano Ronaldo, Lucas Vazquez, La Liga, Isco
SHARE THIS STORYCOMMENT
Print this article 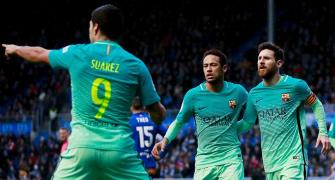 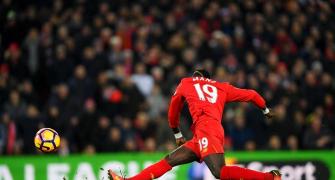 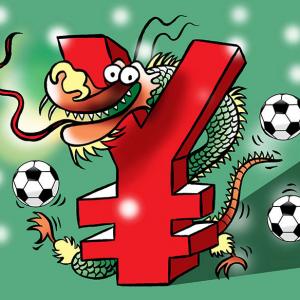 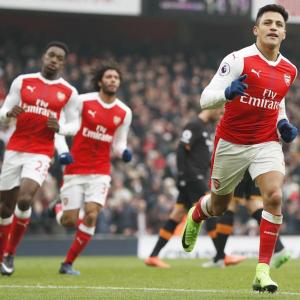