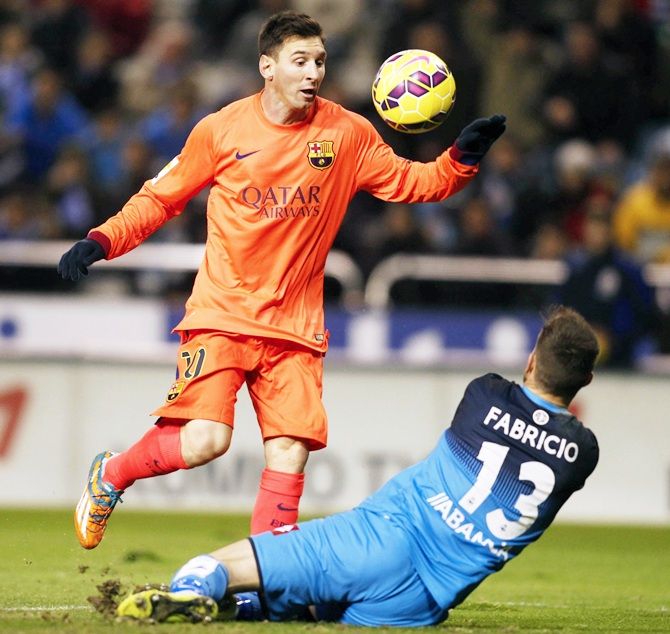 Real Madrid ensured top spot in La Liga at the midway point of the season when Cristiano Ronaldo struck twice in a 3-0 win at Getafe on Sunday before Lionel Messi's hat-trick helped Barcelona to a 4-0 victory at Deportivo La Coruna.

The world's two best players were again in scintillating form but champions Atletico Madrid ensured they stayed in the hunt with a 2-0 success at home to bottom club Granada that lifted them back into third place.

Sevilla (39 points) climbed back into fourth above Valencia (38), 3-2 winners at home to Almeria on Saturday, thanks to a 2-0 win against Malaga in the Andalusian derby.

"We have performed very well in this first part of the league," Real coach Carlo Ancelotti said.

"We started with the odd problem but then we had a very good run," added the Italian. "We are very well positioned and we have to carry on in the same way."

Despite Ronaldo's latest scoring feat, it was hardly a vintage performance from Real, who have stumbled at the start of 2015 and were dumped out of the King's Cup by Atletico on Thursday.

The European champions failed to score in the opening half of a La Liga game for the first time this season, although Toni Kroos came close when he rattled the crossbar with a left-foot piledriver moments before the break. 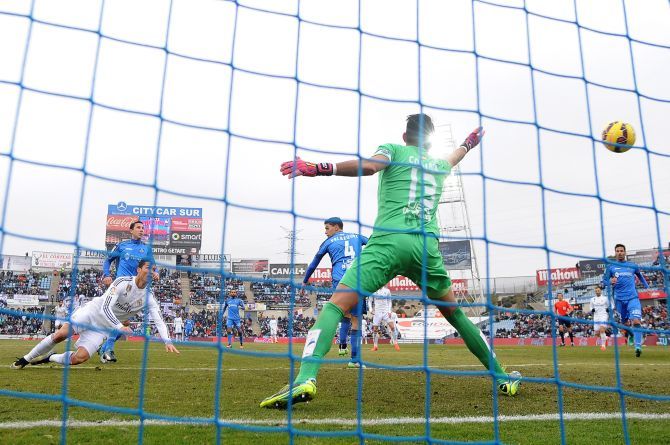 Ronaldo, who beat Messi to win his third FIFA Ballon d'Or award on Monday, broke the deadlock in the 63rd minute, clipping the ball in from close range after good work from Karim Benzema.

Gareth Bale made it 2-0 four minutes later when he finished cleverly after a swift break and Ronaldo grabbed his second 11 minutes from time with a powerful header, the Portugal forward's 28th goal of the campaign in his 17th appearance.

Getafe battled bravely against their glamorous city neighbours and almost pulled a goal back four minutes from time but a shot from Alvaro Vazquez bounced away off a post.

Fatigue has been suggested as one reason for Real's recent stutter but Iker Casillas insisted Ancelotti's men were not feeling the effects of a packed calendar.

"We are not tired but after a week of holiday it is tough to get back to the routine," the Spain keeper told Spanish TV.

"Unfortunately we lost in the Cup, where we were the holders, but there are no excuses," he added.

"Now we can prepare better for the matches and train harder. It's been a good first half of the season." 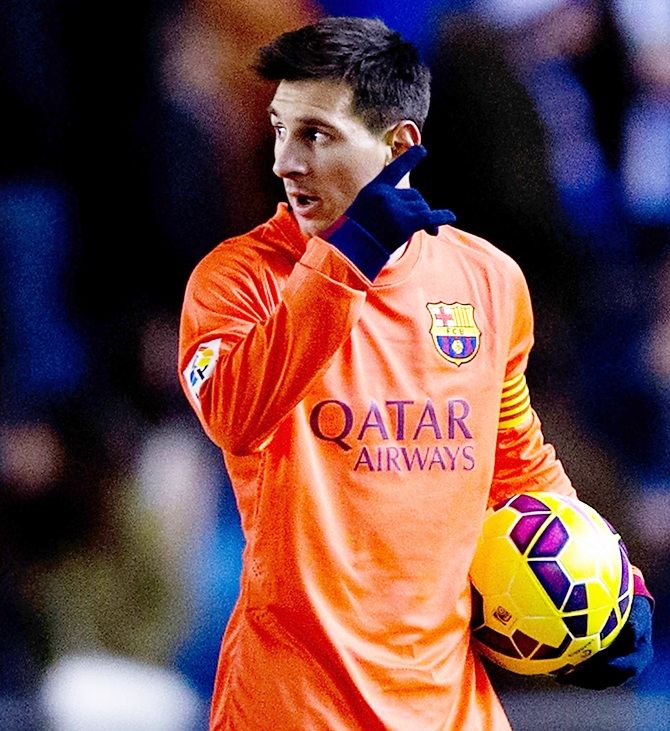 Lionel Messi of FC Barcelona points as he holds the ball as he leaves the pitch after his hat-trick. Photograph: Gonzalo Arroyo Moreno/Getty Images

Messi's treble at the Riazor took his tally for the La Liga season to 19.

The Argentina forward's opening goal in the 11th minute was a rare header and he made it 2-0 in the 33rd when he dinked the ball over Depor keeper Fabricio from close range.

He completed his 33rd career hat-trick, and his 22nd in La Liga - one fewer than record holder Ronaldo - when he drifted in from the right wing in the 62nd minute and whipped a shot into the far corner.

Promoted Depor were completely outclassed and fell 4-0 behind when the ball ricocheted into the net off defender Sidnei in the 83rd minute.

"It was important to keep winning, wracking up three points each game, and that's what we did," Barca playmaker Andres Iniesta said.

© Copyright 2021 Reuters Limited. All rights reserved. Republication or redistribution of Reuters content, including by framing or similar means, is expressly prohibited without the prior written consent of Reuters. Reuters shall not be liable for any errors or delays in the content, or for any actions taken in reliance thereon.
Related News: Barca, Lionel Messi, Cristiano Ronaldo, La Liga, Real Madrid CF
COMMENT
Print this article 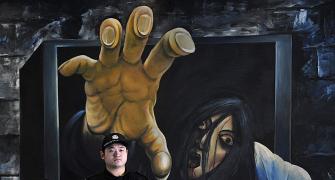 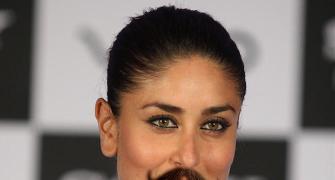 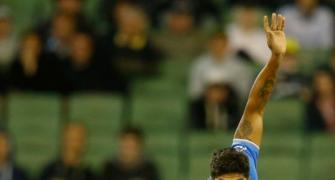 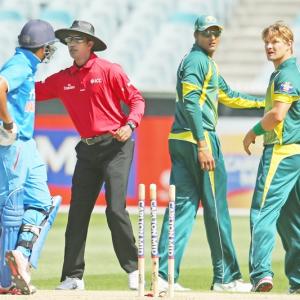 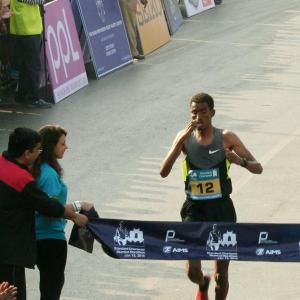