Faltering La Liga champions Real Madrid slid to a shock 2-1 home defeat by Alaves on Saturday as goalkeeper Thibaut Courtois made a catastrophic error and record signing Eden Hazard suffered yet another injury.

Lucas Perez gave Alaves the lead in the fifth minute from the penalty spot after a handball from Nacho, the fifth penalty that Madrid have conceded in the league in three matches.

Hazard wasted a chance to equalise when he fired straight at Alaves keeper Fernando Pacheco and then had a penalty appeal waved away before hobbling off with a muscle injury in the 28th minute.

Former Madrid youth player Joselu made the most of a gift from Courtois to double Alaves's lead early in the second half, unexpectedly receiving a stray pass from the Belgian outside the area and slotting into the empty net.

Casemiro pulled back a goal for Madrid in the 86th minute from close range while Isco almost found an equaliser in the sixth minute of added time but his shot bounced off the crossbar and Madrid had to swallow a third defeat in 10 league games.

Zinedine Zidane's side are fourth in the standings on 17 points after 10 games, six below leaders Real Sociedad and second-placed Atletico Madrid. Alaves climbed up to ninth on 13.

"Alaves made a much better start than us and if you don't score you pay for it as this is the toughest league in the world and every opponent has quality," Real midfielder Casemiro said.

"This is a very different season from most, all the big teams are dropping points but we have to keep working and try to do better. At least we kept trying until the end today.

"Our pre-season campaign was not good and we have almost no time to work because there are so many games. But we need to keep on fighting as there's still a long way to go."

Madrid were lifted by a commanding 2-0 victory away to Inter Milan in the Champions League on Wednesday but were still missing six players, including captain Sergio Ramos and striker Karim Benzema, their two top scorers last season.

Zidane decided to rotate first-choice left back Ferland Mendy and give another chance to veteran Marcelo, who struggled in the 4-1 defeat by Valencia three weeks ago.

But the move backfired yet again as Real suffered their 10th league defeat since Zidane returned to the club in March 2019. IMAGE: Atletico Madrid's Vitolo and Marcos Llorente celebrate their first goal as Valencia's Jaume Domenech and teammates look dejected on scoring the own goal during their match at Mestalla, Valencia. Photograph: Albert Gea/Reuters

Atletico Madrid were rewarded for their determination when they snatched a 1-0 win at Valencia thanks to a late own goal to go level on points with La Liga leaders Real Sociedad on Saturday.

The visitors had carved out many chances with no reward until Yannick Carrasco cut into the box and his cross bounced off the flailing leg of Valencia defender Toni Lato and trickled into the net in the 79th minute.

The own goal was fortuitous but certainly deserved after Diego Simeone's side had dominated possession and fired 14 shots at goal, denied by Valencia's in-form keeper Jaume Domenech and a goal-line clearance by defender Daniel Wass.

It gave second-placed Atletico a sixth consecutive La Liga victory, having beaten Barcelona 1-0 last week to secure their first league success over the Catalans in a decade.

Atleti move on to 23 points after nine games, level with leaders Sociedad who have played 10 and are in action on Sunday at home to Villarreal.

"Their best player was their goalkeeper which says a lot about what happened in the game," said Atletico coach Simeone, who was visibly emotional during the minute's silence before the game in tribute to his old friend Diego Maradona.

"We felt very good today, we played in their half for long periods and got very close to scoring before we did. Winning in Valencia is not easy at all."

Also on Saturday, Sevilla left it late to beat struggling Huesca 1-0 and notch a fifth consecutive victory in all competitions.

Moroccan forward Youssef En-Nesyri struck the only goal in the 83rd minute, appearing at the near post to knock in a cross by Lucas Ocampos, whose dribble out to the right wing had drawn three opposing players away from his team mate.

Sevilla, who have now won their last three league games after losing their previous three, climbed into fifth in the standings on 16 points.

Huesca are 19th and still without a win in 11 matches since returning to the top flight.

© Copyright 2021 Reuters Limited. All rights reserved. Republication or redistribution of Reuters content, including by framing or similar means, is expressly prohibited without the prior written consent of Reuters. Reuters shall not be liable for any errors or delays in the content, or for any actions taken in reliance thereon.
Related News: Alaves, Valencia, Real Madrid, Atletico Madrid, La Liga
SHARE THIS STORYCOMMENT
Print this article 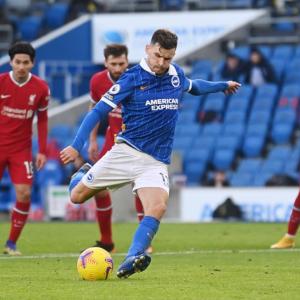