Kobe Bryant and daughter among 9 killed in helicopter crash

Kobe Bryant rocketed to fame as an 18-year-old rookie and played 20 years for the Los Angeles Lakers - 18 of them as an all-star - winning five NBA championships. 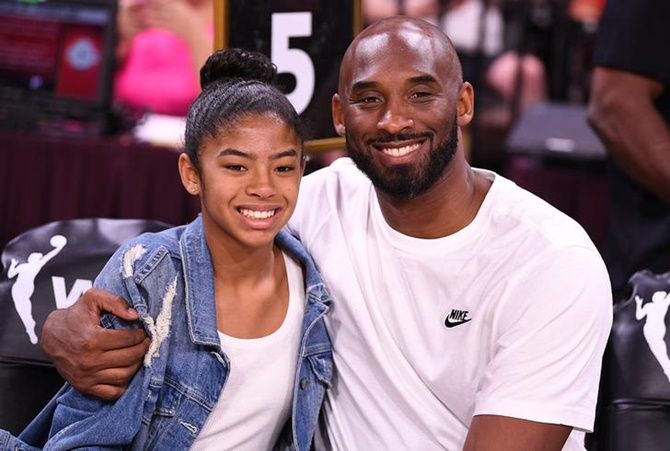 Kobe Bryant, one of the NBA’s all-time greatest players whose international stardom transcended basketball, was killed at age 41 on Sunday in a helicopter crash near Los Angeles along with his 13-year-old daughter and seven others on board, officials said.

Bryant rocketed to fame as an 18-year-old rookie and played 20 years for the Los Angeles Lakers - 18 of them as an all-star - winning five NBA championships. His death sent shock waves through the National Basketball Association, which he helped propel to international prominence, and around the world.

The cause of the crash was unknown, and an investigation by the Federal Aviation Administration and the National Transportation Safety Board could take months.

Bryant was known to travel frequently by helicopter to avoid Los Angeles’ infamous traffic, dating to his playing days. 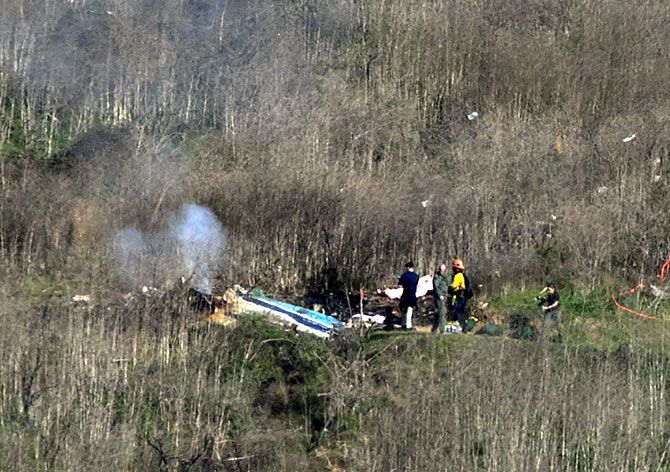 “There were no survivors,” Los Angeles County Sheriff Alex Villanueva told a news conference, saying the manifest showed nine people on board. He declined to identify them.

NBA Commissioner Adam Silver confirmed Bryant and his daughter Gianna were among those killed, and sent condolences to Bryant’s wife, Vanessa.

“He was one of the most extraordinary players in the history of our game with accomplishments that are legendary,” Silver said, as tributes poured in from players, politicians and entertainers.

Among the others on board, in addition to the pilot, were a teammate from Bryant’s daughter’s basketball team and a parent of the teammate, NBC News reported. 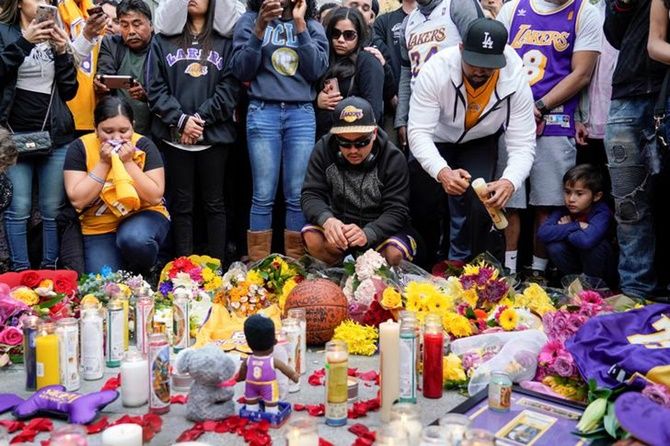 Reaction to Bryant’s death was swift, and moments of silence were observed before some of Sunday’s NBA games.

In San Antonio, the Toronto Raptors and San Antonio Spurs allowed the 24-second shot clock to expire on each of their first possessions, in tribute to Bryant’s jersey number 24.

“I am in shock over the tragic news of Kobe’s and Gianna’s passing. Words can’t describe the pain I’m feeling,” said Michael Jordan, who won six NBA championships with the Chicago Bulls.

“Kobe was an amazing dad who loved his family deeply - and took great pride in his daughter’s love for the game of basketball,” Jordan said.

Stunned fans gathered near the Lakers’ home arena - the Staples Center in downtown Los Angeles - surrounding a wreath with a message: “Kobe we love you RIP.”

Some in the crowd dabbed tears as others laid flowers and basketball sneakers at the wreath. Fans wore both his No. 24 and No. 8 jerseys, breaking the somber mood with occasional chants of “Kobe, Kobe.”

Among those internationally recognized athletes known simply by their first names, Bryant was an avid supporter of soccer and women’s basketball and spoke Italian, having spent part of his youth in Italy, where his father, former NBA player Joe “Jellybean” Bryant, played several seasons professionally.

© Copyright 2021 Reuters Limited. All rights reserved. Republication or redistribution of Reuters content, including by framing or similar means, is expressly prohibited without the prior written consent of Reuters. Reuters shall not be liable for any errors or delays in the content, or for any actions taken in reliance thereon.
Related News: Kobe Bryant, National Basketball Association, Los Angeles County, Gianna, Los Angeles Lakers
COMMENT
Print this article 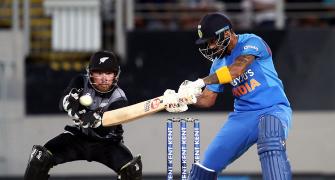 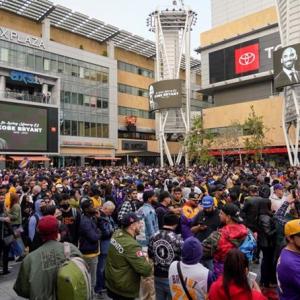 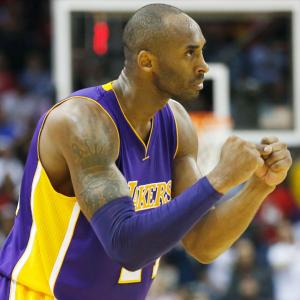