Levante's extraordinary season continued when they thrashed second-division Alcorcon 4-0 on Wednesday to secure a 5-2 aggregate victory and advance to the King's Cup quarter-finals for the first time in more than 70 years.

One of the poorest teams in the Spanish top flight, Levante are a surprising fourth in La Liga. They will play third-placed Valencia in the last eight if their more illustrious city neighbours can hold on to a 1-0 lead at Sevilla in their last-16 second leg later on Wednesday.

Jose Barkero set Levante on their way in the 23rd minute at their Ciutat de Valencia stadium, before Roger Marti and Vicente Iborra made it 3-0 with goals either side of the break.

Ruben Suarez saved the best until last when he whipped a stunning free-kick into the top corner from 30 metres for the home side's fourth 24 minutes from time.

On the other side of the draw, Espanyol, the team who eliminated Levante in the last eight in 1941, looked down and out in their second leg at home to second-division Cordoba before Alvaro Vazquez completed his hat-trick in the 88th minute to send the Barcelona-based club through 5-4 on aggregate.

Vazquez netted a late equaliser in a 1-1 draw against Barcelona in La Liga on Sunday and put Espanyol 2-0 up by the 20th minute before Didac Vila added a third in the 35th.

Cordoba battled back to 3-2 with goals from Alberto Aguilar and Pepe Diaz before Vazquez lifted the ball over the Cordoba keeper and into the net to send Espanyol through.

The 2006 winners will play third-tier Mirandes in the last eight after the Burgos-based club pulled off an upset at Racing Santander on Tuesday when they drew 1-1 at the Sardinero after winning last week's first leg 2-0.

In-form France striker Karim Benzema came off the bench to score the only goal as holders Real Madrid won 1-0 in their second leg at Malaga on Tuesday for a 4-2 aggregate success.

Jose Mourinho's side will play their great rivals Barcelona, the team they beat 1-0 in last year's final, in the quarters as long as Barca can defend a 4-0 lead at Osasuna on Thursday.

Real Mallorca overturned a 2-0 first-leg deficit by thrashing visiting Real Sociedad 6-1 on Tuesday and will play the winners of the tie between Athletic Bilbao and third-tier Albacete in the last eight.

© Copyright 2022 Reuters Limited. All rights reserved. Republication or redistribution of Reuters content, including by framing or similar means, is expressly prohibited without the prior written consent of Reuters. Reuters shall not be liable for any errors or delays in the content, or for any actions taken in reliance thereon.
Related News: Levante, Espanyol, La Liga, Cordoba, Alvaro Vazquez
COMMENT
Print this article
Austria seek another miracle of Cordoba 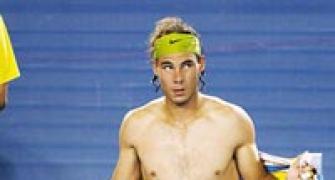 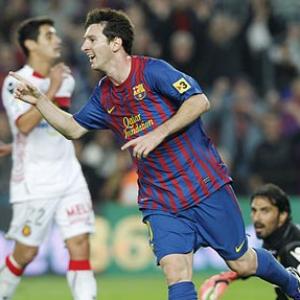