Key transfers of officials raises voices of dissent in SAI

A major reshuffle in the Sports Authority of India (SAI) has led to strong voice of dissent among officials with many questioning the wisdom behind transferring key administrators while merging the Long Term Development Programme (LTDP) with the Teams Division.

In the second round of transfers since Jiji Thomson took over as the new SAI DG three months ago, veteran sports administrators like Roque Dias, Radhica Sreeman, Sanjiv Sharma, S C Sharma and Dr. Prem Chand Kashyap have been either transferred or shifted to new departments with immediate effect "to make SAI more active and result-oriented". 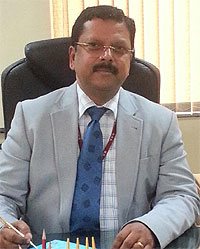 "It's a process which has been undertaken to restructure SAI and make the organisation more active and result-oriented. Some of the officers posted in Delhi have been sent to different SAI centres while some have been shifted to other departments," SAI DG Jiji Thomson said.

"Some more changes are in the pipeline. We had made our first round of changes in the North-East and these are the second round of changes. Some more officials will be transferred while others will be shifted to new divisions," he added.

However, Thomson's explanation hasn't gone down well with some SAI office-bearers who questioned the logic behind the "wholesome changes".

"S C Sharma did not even complete six months of his tenure as Director, Patiala and he has been brought back as Coordination in-charge. Karam Singh did not complete one month as Deputy Director, Aurangabad and has been transferred to Patiala.

"Manmeet Singh, who was sent on promotion to NIS Patiala as Director, did not even complete three months there and had been brought back as Director, equipment support here and now has been given additional charge of Karni Singh Shooting Range as administrator," said an official on condition of anonymity.

"Two main administrators Dias (Regional Director, LTDP) and Radhica (Regional Director, Teams Division) have been shifted to Bhopal and Sonepat respectively at a time when the junior players have started bringing medals for the country, like our weightlifters who recently won a whopping 27 medals at an international tourney," said the official.

Another official added that with LTDP division being merged with the Teams division, it has left the future of ambitious "Vision 2020" programme in jeopardy.

"Dias has been shifted to Bhopal. The programme was started under the guidance of former DG, Desh Deepak Verma. The programme is still in its nascent stage. Also the transfers of Dr. Kashyap (from Stadia Division to Operations), who was instrumental in the selection of teams for the 2012 London Olympics, and Radhica don't invoke much confidence," said the official.

However, Thomson stood his ground and justified the list of transfers, which he prepared after visiting various SAI centres in the country and taking into account the views of the regional administrators.

"I was following the existing CVC directives that a person should not hold a key administrative position for a period of more than three years. Dias has been posted to Bhopal because the officer (R K Naidu) there had completed his five years and his transfer was long overdue.

"Both Dias and (Radhica) Sreeman had been promoted as Regional Directors before my joining as DG, SAI. I thought it would be better for them if they work in regions instead of Delhi given their wealth of experience as sports administrators," Thomson said.

Talking about other transfers, Thomson said some changes were made purely based on CVC directives.

"Some changes were required as we need to give credence to CVC guidelines. In the case of Karam, he had some family problem.

"Kashyap has been recognised for his efforts over the years. Operations is the main division of SAI, where schemes are implemented. We don't need him in the stadia division. LTDP and Teams division will work under one section and we are working on the detailed draft of the Vision 2020 programme," Thomson added. 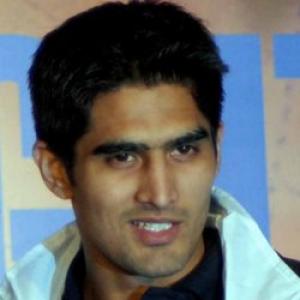