Indian girls kept their quarter-final hopes alive in the junior hockey World Cup with a 2-0 win over New Zealand, in Monchengladbach, Germany, on Sunday.

Riding on Manjit Kaur and Vandana Kataria's strikes in the second half, the Indians came back strongly especially after a humiliating 1-6 drubbing in the first match against Australia.

After a barren first half, Manjit opened the scoring for India in the 45th minute with a field goal. Vandana doubled the lead six minutes later and India kept to the lead till the end.

India's next opponent in Pool C are Russia, who have lost both their matches so far, while Australia lock horns with New Zealand on Tuesday.

Australia are on top of the table with six points from two wins, while New Zealand and India have three points each but the Kiwis are placed second due to better goal difference.

The top two teams from the group will qualify for the quarter-finals. 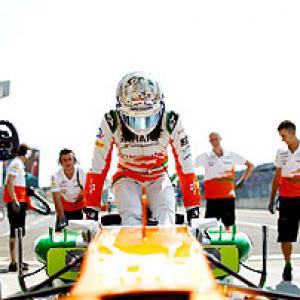 Sarabjit's daughter to be appointed Naib Tehsildar in Punjab