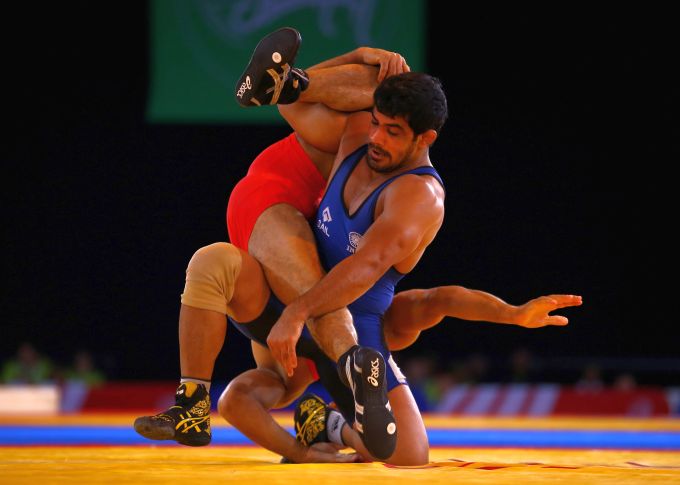 Fighting for an Olympic ticket on the unfamiliar legal turf, Sushil Kumar's glorious wrestling career may meet an unceremonious end when the Delhi High Court pronounces its verdict on Monday on who gets to board the flight to Rio between him and Narsingh Yadav.

An unfavourable verdict for Sushil may not be the end on the legal front as he can still challenge the ruling in the Supreme Court. But it could well signal the end of the road for perhaps the greatest Indian Olympian, who won two back-to-back medals.

With less than two months left for the Olympics, starting August 5, future look bleak for the unassuming grappler from Haryana whose injuries played a part in the entire sequence of events leading up to Monday.

The Delhi High Court, in its last hearing on Thursday, gave clear indications that it was likely to give a judgement in favour of the Wrestling Federation of India (WFI) in the tiff over selection trials in the men's 74kg freestyle category.

The Delhi High court had observed that it did not find "any statutory mandate" to hold trials before the Olympics.

"Problem is that the sports code is nowhere prescribing that trial is mandatory. It has given flexibility and autonomy to the organisation to decide (mode of selection). I do not find the statutory mandate which you are trying to read into it," Justice Manmohan had said during the final hearing. 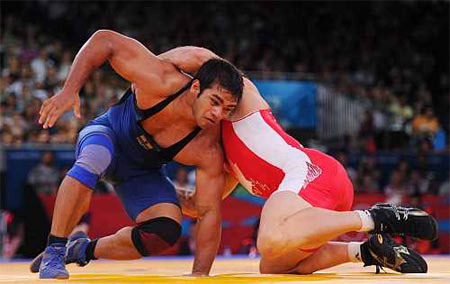 IMAGE: Narsingh Yadav at the 2015 World Championships in Las Vegas where he won a bronze medal in the 74 kg weight category. Photograph: Michael Regan/Getty Images.

Narsingh had secured the Olympic quota place for India last year at the World Championship in Las Vegas after winning a bronze medal.

Since then the Maharashtra grappler has been staking his claim for the berth and the WFI had also been steadfast in its stand to send Narsingh to Rio since he had grabbed the quota.

Going by norms in WFI guidelines, a quota belongs to the country and not to an individual wrestler, and former world champion Sushil pointed out that there should be a trial in 74kg category to decide who would go to Rio.

The 33-year-old, who had won a bronze medal in 2008 Beijing Olympics and followed it up with a silver in 2012 London Games, had moved the court seeking directions to WFI to hold selection trials. Sushil's climbing up to the 74kg weight category brought him in direct competition with Narsingh, who had represented India in this category in earlier Olympics.

After jumping up the division, Sushil had fought in just a couple of international tournaments. In fact, what has gone against Sushil is that he had last fought in 2014 Commonwealth Games at Glasgow, where he had won a gold medal. Since then he has not participated in any major event owing to injuries.

Before the World Championship last year, WFI had conducted trials but Sushil opted out of that as well as he sustained a shoulder injury at that time.

He also did not take part in the inaugural Pro Wrestling League, once again citing injury, in December last year.

However, Sushil kept training in the last one year and also went to Georgia for a training stint in April, although he chose to train alone and not with the rest of his Indian colleagues. 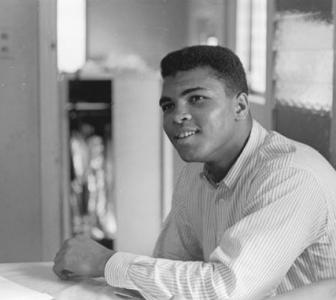 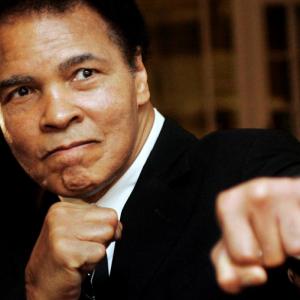