After posting two impressive wins, India were held to a goalless draw by arch-rivals Pakistan in their third round-robin league match at the Sultan of Johor Cup hockey tournament, in Johor Bahru, Malaysia, on Wednesday.

There was plenty of action in the match as both teams adopted an attacking approach, but the forwards lacked finishing.

The script was no different after the barren first-half as both Indian and Pakistani forwards continued to falter at crucial moments.

It was Pakistan who earned the first penalty-corner of the match in the 39th minute but Irfan Muhammad wasted the opportunity.

India should consider themselves unlucky not to have returned with a win from the game as Prabhdeep Singh hit the upright of the Pakistani goal in the 46th minute.

India plays New Zealand on Thursday before squaring off against hosts Malaysia in their last league match on Saturday.

After three matches, India lead the points table with seven while Pakistan are languishing at the bottom of the six-team competition on two points.

India had earlier stunned defending champions Australia 2-0 before getting the better of formidable Germany 3-1 in their previous matches. 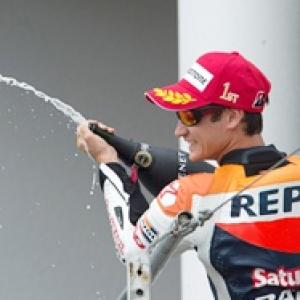