Italian Open: Federer, Nadal and Osaka through to last 16

With rain having washed out Wednesday's play, Federer along with champion Rafael Nadal and top seed Novak Djokovic all face playing back-to-back matches on Thursday if they want to reach the quarter-finals. 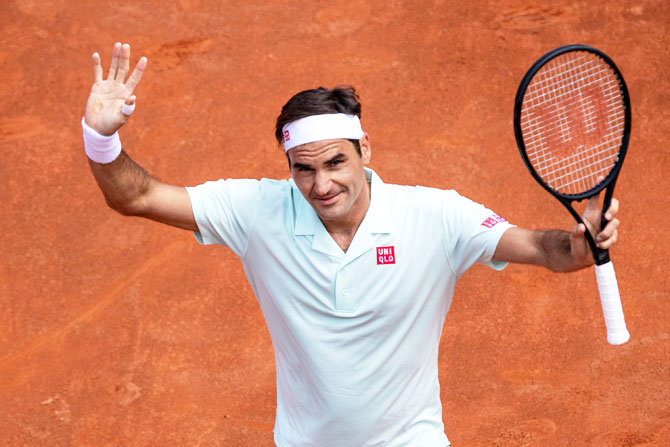 Former World No 1 Roger Federer marked his return to the Italian Open for the first time since 2016 with a 6-4, 6-3 second round win over Joao Sousa on Thursday.

The Swiss had criticised organisers for doubling ticket prices after he confirmed his participation last weekend but the fans who had made their way into Foro Italico on Thursday have been rewarded with a Federer, Djokovic and Nadal bonanza.

With rain having washed out Wednesday's play, Federer along with champion Rafael Nadal and top seed Novak Djokovic all face playing back-to-back matches on Thursday if they want to reach the quarter-finals.

The backlog means that fans on the secondary Grandstand Court can also look forward to a blockbuster schedule as Federer will be back for an evening showdown with Croatian Borna Coric.

The 37-year old Federer moved around the court like his younger self as he rifled in 17 winners in the opening set, having broken Sousa in the seventh game before he saved a triple break point, the last one with a stunning crosscourt forehand.

Having broken Sousa's serve in the opening game of the second set, the Swiss maestro was at his best again in the seventh as he saved a double break point and went on to wrap up the entertaining contest.

"I came out of the blocks well and held serve throughout, so I am very happy to be in the next round," said Federer.

"I played today already and Borna didn't. I don't know whether it's a disadvantage or not but either way it's going to be tough." After crashing out in the semi-finals on home soil in Madrid, Nadal wasted no time in making a statement of intent as he blew away Chardy.

Earlier in the day, Nadal had treated the Grandstand fans to a 6-0, 6-1 demolition of Frenchman Jeremy Chardy and the Spaniard will be back in action on the main stage against Georgia's Nikoloz Basilashvili.

Nadal won 80 percent of the points on both his first and second serve in the opening set as he tormented the Frenchman with a barrage of stinging baseline shots.

Fresh from winning the Madrid Open last week, Djokovic eased to a 6-1, 6-3 win over Canadian Denis Shapovalov although he did not look entirely happy on the court in the second set.

Frustrated at one point that he was unable to race through it as quickly as he did in the opening set, Djokovic had to replace his damaged racket after slamming it against his foot twice with the score at 3-3.

It seemed to work for the Serb, though, as he broke serve in that game and then wrapped up the match to set up a last-16 clash with either Philipp Kohlschreiber or Marco Cecchinato.

Djokovic was unfazed by the upcoming exertions of playing a double-header.

"It's not the first and probably not the last time that I've had to play two matches in a day so I am looking forward to it," he said.

"I've been playing well, feeling well, high confidence, and I want to keep on going." Osaka made a slow start as the Slovakian broke the world number one in the third game of the opening set, but she regained her composure quickly.

The Japanese served two aces to save a double break point in the eighth game and enjoyed plain sailing for the rest of the tie after clinching the game with a service winner.

© Copyright 2020 Reuters Limited. All rights reserved. Republication or redistribution of Reuters content, including by framing or similar means, is expressly prohibited without the prior written consent of Reuters. Reuters shall not be liable for any errors or delays in the content, or for any actions taken in reliance thereon.
Related News: Rafael Nadal, Roger Federer, Slovakian Dominika Cibulkova, Joao Sousa, Foro Italico
SHARE THIS STORYCOMMENT
Print this article 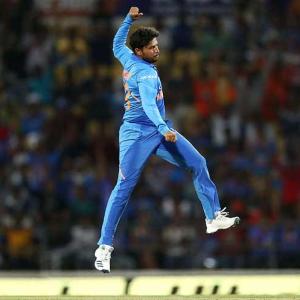