News
Business
Movies
Sports
Cricket
Get Ahead
Money Tips
Shopping
Sign in  |  Create a Rediffmail account
Rediff.com  » Sports » It would be better for everyone if Djokovic were playing: Nadal

It would be better for everyone if Djokovic were playing: Nadal IMAGE: Level on 20 Grand Slam titles with Novak Djokovic and Roger Federer, Rafael Nadal said it would be "better for everyone" if the Serb was competing at Melbourne Park. Photograph: Cameron Spencer/Getty Images

Rafael Nadal is taking no pleasure from the absence of great rival Novak Djokovic at the Australian Open, even if it means he has a clearer shot at the Grand Slam title record.

Level on 20 Grand Slam titles with Djokovic and Roger Federer, the Spanish great said it would be "better for everyone" if the Serb was competing at Melbourne Park.

"The ideal situation in the world of sport (is) that the best players are on court and playing the most important events, without a doubt," Nadal told reporters on Monday after trouncing American Marcos Giron 6-1, 6-4, 6-2 to sail into the second round.

"If Novak Djokovic is playing here, it's better for everybody, no doubt about that."

Djokovic was deported from Australia on Sunday after losing a court case to have the cancellation of his visa overturned.

The world number one has drawn flak for refusing to vaccinate against COVID-19 and for attending public events last month after testing positive.

However, sixth seed Nadal said Djokovic was not the only party at fault for the "terrible situation we faced for the last two weeks" and that others must share the responsibility.

"I think the situation has been a mess," added the Spaniard, who would have met Djokovic in the semi-finals if the draw went with seeding.

"He’s not the only one that did probably the things bad in that case.

"So on a personal level, yes, I would like to see him playing here.

"If it's fair or not that he’s playing here is another discussion that I don’t want to talk anymore about that."

The only former champion left in the draw, Nadal started his tournament superbly at a sunbathed Rod Laver Arena, breaking world number 66 Giron five times in the match and thrashing 34 winners past the outclassed American.

Having played only two matches after the 2021 French Open last season, Nadal has started the new season winning all four completed matches he has played, and that was after coming back from a recent COVID-19 infection.

"One month ago, situation has been different," he said.

"Looks very ugly in some way. Now here we are, no?"

© Copyright 2022 Reuters Limited. All rights reserved. Republication or redistribution of Reuters content, including by framing or similar means, is expressly prohibited without the prior written consent of Reuters. Reuters shall not be liable for any errors or delays in the content, or for any actions taken in reliance thereon.
Related News: Novak Djokovic, Rafael Nadal, Roger Federer, Marcos Giron, Rod Laver Arena
COMMENT
Print this article 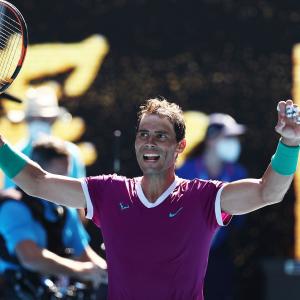 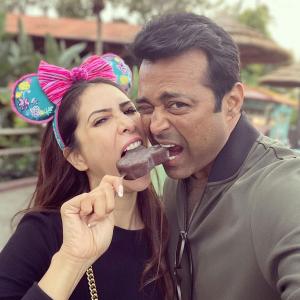