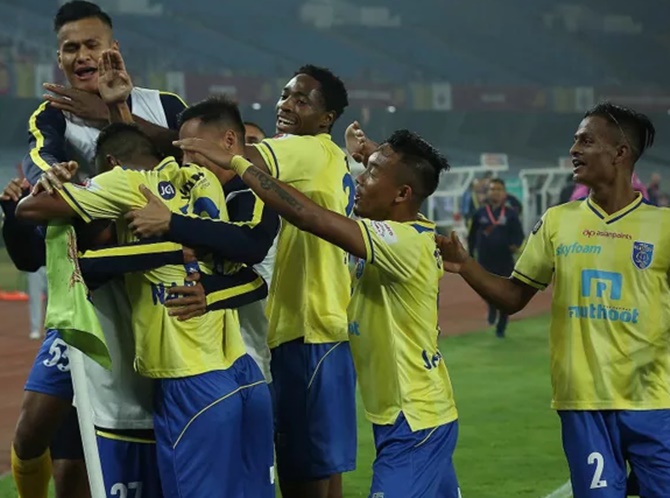 Halicharan Narzary scored the all-important goal as Kerala Blasters made a two-in-two against ATK, bringing an end to the home side's unbeaten run, in their second leg Indian Super League match at the Saltlake Stadium, in Kolkata, on Sunday.

Narzary took the possession of the ball around the 30-yard mark and surged past the ATK defenders, creating room for himself before slotting it past TP Rehenesh with a powerful right footer in the 70th minute to break the deadlock.

ATK went all out for an equaliser and in the dying moments, Roy Krishna struck one from Javier Hernandez free kick but the home side captain found himself in an off-side trap.

This was an opportunity for ATK to avenge their 1-2 loss on the opening day but Kerala Blasters surprisingly dominated with more possession, continuing their new-found momentum.

Kerala had managed to break their nine-match winless run in their previous game where they thrashed Hyderabad FC 5-1.

ATK came out with more intensity in the second half but it was Kerala Blasters who got the better chances in this session. In the 63rd minute, Ogbeche's header just about missed the target.

In the 69th minute, ATK went for the perfect team goal but they could not finish off the move.

The first half saw exciting football but none of them could penetrate the opposition citadel.

In the 28th minute, Messi Bouli's shot was deflected just wide for a corner.

The intensity of the match kicked up a notch as Mario Arques elbowed Prabir Das and got a yellow card for that.

In the 35th minute, Roy Krishna almost put the home side ahead with a header but skipper Bartholomew Ogbeche was at the goal-line to clear the ball away for a corner.

In the 42nd minute, Armando Sosa Pena took a free-kick from just outside the box but his attempt went agonisingly off the target. 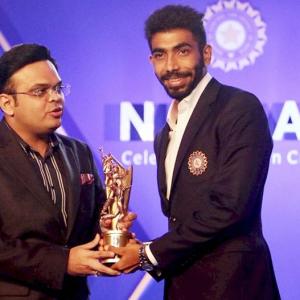