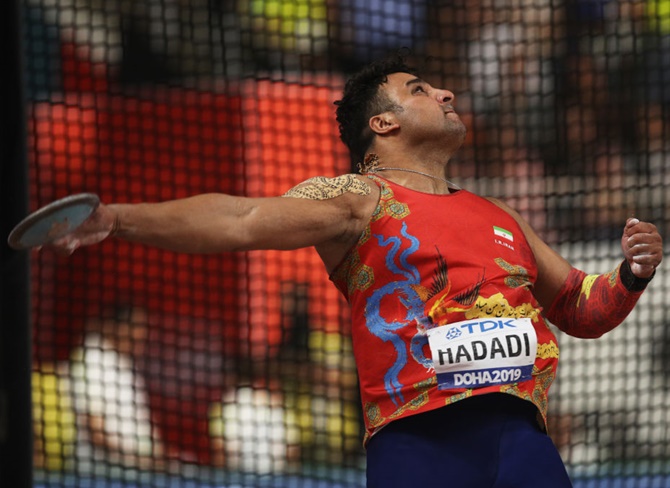 IMAGE: Ehsan Hadadi had been among the favourites to win gold at this year's Tokyo Games. Photograph: Patrick Smith/Getty Images

Hadadi, the Asian discus champion who became a national hero when he won silver at the 2012 Olympics in London, has an athletics base in the US but was at home in Tehran when he contracted the virus.

Tasnim news agency reported Iran Athletic Federation doctor Ashkan Ordibehesht as saying that the 35-year-old Ehsan had self-quarantined after being diagnosed with the virus. "His recovery is going well," the doctor added.

Hadadi, a six-time Asian Championship winner and Asian discus record holder, had been among the favourites to win gold at this year's Tokyo Games before the announcement of their postponement on Tuesday.

When Hadadi won his Olympic medal, it was the first time an Iranian had stood on the podium at the Games in any sport other than wrestling, weightlifting or taekwondo.

He was also his country's first-ever world championship medallist in 2011.

Iran has been among the countries worst affected by the spread of the coronavirus. The death toll in the country rose to 2,517 on Saturday, with 139 fatalities in the past 24 hours, a Health Ministry spokesman said.

© Copyright 2020 Reuters Limited. All rights reserved. Republication or redistribution of Reuters content, including by framing or similar means, is expressly prohibited without the prior written consent of Reuters. Reuters shall not be liable for any errors or delays in the content, or for any actions taken in reliance thereon.
Related News: Ehsan Hadadi, Iran Athletic Federation, World Athletics, Ashkan Ordibehesht, Health Ministry
SHARE THIS STORYCOMMENT
Print this article 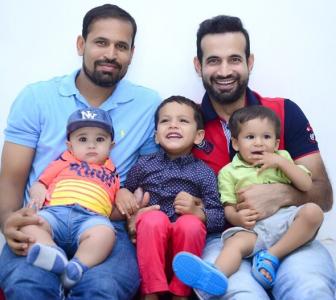 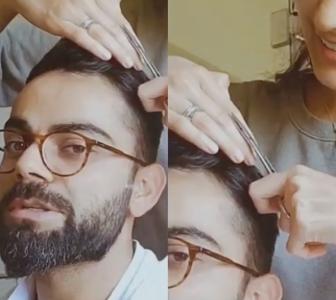 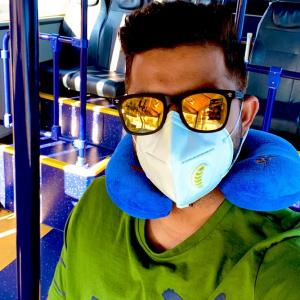