The controversy-marred Indian Olympic Association elections took a dramatic twist on Sunday with Randhir Singh withdrawing his nomination for the post of President, clearing the decks for Abhay Singh Chautala to take charge of the high-profile post.

Randhir's withdrawal from the contest on a day of dramatic development put an end to the bitter and acrimonious campaign between the rival factions in the run-up to the elections, to be held on December 5.

After signing his withdrawal before Returning Officer Justice (Retd) V K Bali, Randhir said he was doing so in the light of International Olympic Committee's warning to India to disaffiliate if the elections are held under government's Sports Code and that it would not recognise such a poll.

"IOC sent a letter two days back and it was clear from that letter that these elections would not be recognised by them and India face disaffiliation if the polls are held under the government's Sports Code," Randhir told the waiting reporters at Justice Bali's residence.

"The letter was written by none other than IOC chief Jacques Rogge and Olympic Council of Asia President Sheikh Ahmad Al Fahad Al Sabah and I, being an IOC member, cannot go against the institution to which I belong. That's why I am withdrawing my candidature," Randhir, currently an IOC member and Secretary General of both the OCA and IOA, said.

Within hours after Randhir's withdrawal from the contest, Chautala welcomed the decision and congratulated his rival.

"I welcome his decision to withdraw from the contest and I congratulate him for this. From day one, we have been requesting him not to contest the elections and to remain as an elder brother to all of us," Chautala said at his residence.

With the withdrawal of Randhir from the contest, Chautala, a former Indian Amateur Boxing Federation President and currently its chairman, will take over IOA President's post as the third candidate in the fray, Raj Chopra, also withdrew his candidature on Sunday.

"In India, there are a lot of people who can take up such positions and can do a good job as well," Randhir had added.

He also claimed that he has the numbers to win the elections if he had contested, but insisted that the kind of atmosphere that has been created and the level of personal allegations has forced him to withdraw.

Randhir said the elections, which will be held as per the government sports code, will make it difficult for him since he has represented the IOC in India and stands for the Olympic Charter.

Randhir's withdrawal comes barely a few days before the elections, which have been mired in controversy over which of the two -- the government's Sports Code or the Olympic Charter -- should be followed.

The IOC has made it clear that the IOA would be suspended if elections are held as per the government guidelines, which put a cap on the age and tenure of office-bearers. The body has given IOA time till November 30 to clarify its stand on the issue.

"Given the gravity of situation, as the fate of thousands of Indian sportspersons is linked with it, I sincerely appeal to you to immediately ask the Sports Ministry to withdraw this Sports Code," Malhotra had written in the letter to the Prime Minister.

But the Returning Officer has insisted that elections will be held under the government guidelines as per the Delhi High Court ruling.

The elections were earlier postponed following the resignation of S Y Quraishi as chairman of the IOA election committee. The poll process got back on track with the appointment of Justice Anil Dev Singh. 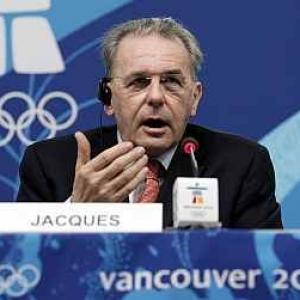