'Tennis in India needs an energised injection to be infused. We need to attract lot more kids.' 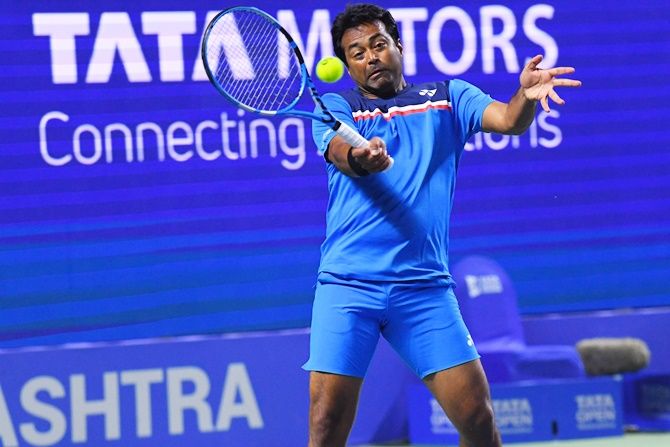 IMAGE: Leander Paes in action against Ramkumar Ramanathan and Purav Raja in the doubles quarter-finals at the Tata Open Maharashtra, in Pune on Thursday. Photograph: ISL/Twitter

India needs people like Rahul Dravid and Pullela Gopichand, who have done an excellent job in producing young talent in their respective disciplines, for tennis to develop in the country, says Leander Paes.

Talking on the sidelines of the third edition of the Tata Open Maharashtra, the eight-time Grand Slam doubles champion said, “If I look at some of the past players of India who I have tremendous respect for… there are players like Rahul Dravid and Pullela Gopichand who have trained the younger generation to the highest level.”

Gopichand, who won the All England badminton crown in 2001, has also produced two Olympic medallists for the country and despite lack of resources is currently nurturing badminton talent.

Paes feels tennis in India has to be reinvented like other sports to attract more kids.

“We really need to reinvent tennis, because competition for sport in India is huge now with all the leagues, not just IPL (Indian Premier League). Table Tennis, boxing, wrestling, badminton, kabaddi are becoming huge in our country.

“Tennis in India needs an energised injection to be infused. We need to attract lot more kids. Nowadays so many distractions are there for them and sport and tennis is a great way to channelise them.”

The Kolkata-born 46-year-old, who made his last appearance at the Tata Open Maharashtra on Friday, is on his ‘One Last Roar’ tour this season. Partnering Australia's Matthew Ebden, tasted defeat in the doubles quarter-finals, losing to the Indian pair of Ramkumar Ramanathan and Purav Raja 2-6, 1-6.

Paes heaped praise on the Ramanathan-Raja combo, saying, “They were playing amazingly well with 85 per cent first serve win. That was unbelievable. They were on role; everything they touched there was gold.” 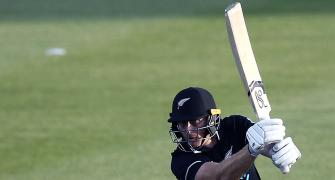 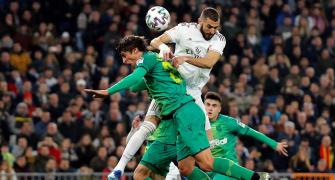 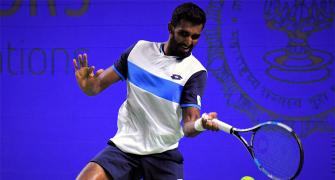 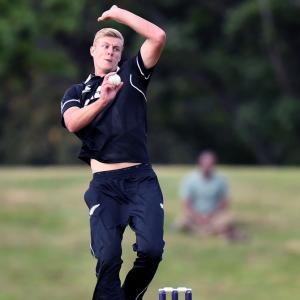