'BWF should at least freeze the rankings, later they can decide about the qualification depending on the the dates of Olympics but as of now there is no clarity.' IMAGE: B Sai Praneeth, who was set to make his Olympics debut in Tokyo, said he is no more sure about his participation as he will have to fight again for points.. Photograph: Matt Roberts/Getty Images

The Badminton World Federation (BWF) on Wednesday said it might freeze the world rankings for a while as it works on a "fair solution" to the Olympic qualification process after the coronavirus pandemic forced a postponement of the Tokyo Games to 2021.

There have been growing calls to freeze the world rankings after cancellations and postponements wrecked the sport's calendar. Indian shuttlers Saina Nehwal, B Sai Praneeth, Parupalli Kashyap and H S Prannoy have been leading the way in expressing concerns.

"For our athletes, we will review any impacts on the Olympic and Paralympic qualification system to ensure a fair solution is found to qualify players for the postponed Games," the BWF said in a statement.

"BWF, in the short-term, is also looking into the possibility of freezing the world rankings until international tournaments start again.

"However, we are still working on the technical solution to ensure the freezing and eventual un-freezing of World Rankings works fairly for all players and we will announce this shortly."

The shuttlers in the singles competition have to be inside top-16 of world rankings to qualify for the Olympics. In doubles, a country can field one pair if they are in the top 16 and two if both pairs are in the top eight.

The BWF welcomed the International Olympic Committee's decision to postpone the Olympics, originally scheduled from July 24 to August 9, to next year in the wake of the pandemic, which has caused nearly 19,000 deaths worldwide.

"BWF fully supports the decision made yesterday by IOC President Thomas Bach, Prime Minister of Japan Shinzo Abe, and the Tokyo Organising Committee (TOCOG) to reschedule the Games to a date beyond 2020 but no later than summer 2021.

"As we have learnt in recent months, balancing the many necessary considerations for the whole of sport has been a complex exercise, so we are supportive of how difficult this decision would have been for the IOC and TOCOG,"it added.

The BWF had earlier this month suspended all the HSBC BWF World Tour and other tournaments from March 16 to April 12 before further suspending five more tournaments which included the three continental championships falling inside the the April 26 deadline for Olympic qualification.

"We are still at this point left with some uncertainty on new dates for the Games but we ask for patience from the entire badminton community to allow the BWF, in collaboration and consensus with the IOC, IPC and TOCOG, to gain a better understanding of what the next 12 months will look like," BWF said.

The coronavirus outbreak has so far infected more than 4,00,000 globally and BWF said all that matters now is the well-being of the badminton fraternity, including the athletes and officials.

"Right now, our immediate thoughts are with everyone affected by this global pandemic. From the start, the health, safety and wellbeing of all athletes, their entourage, officials and the greater badminton fraternity have been our No.1 priority," BWF said.

"...we have strong considerations to protect the key structures of our sport that will ensure it survives in these volatile and uncertain times. We appreciate that an important part of this is the livelihood of our international badminton players in the current situation where very few tournaments will be played over the coming months." 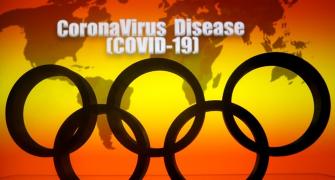 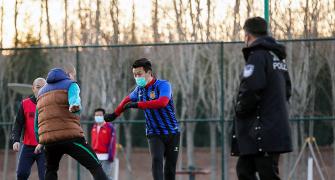 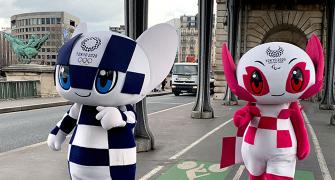 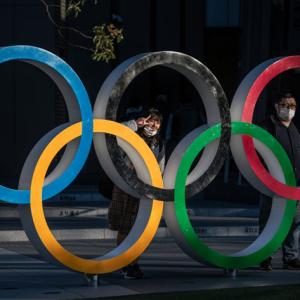