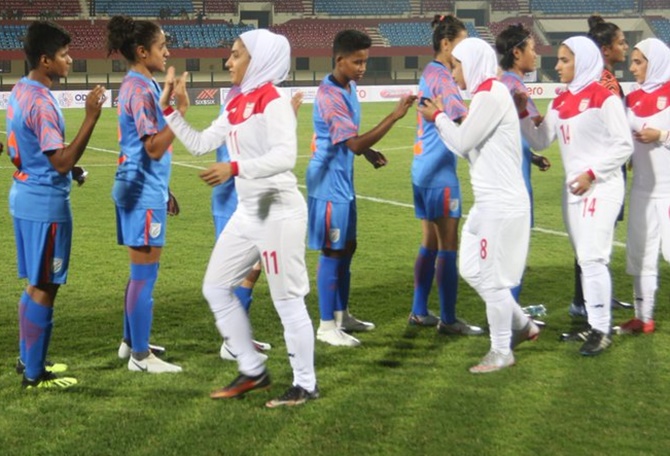 Indian women's football team defeated Iran by a solitary goal to begin their campaign at the Hero Gold Cup on a winning note at the Kalinga Stadium, in Bhubaneswar, on Saturday.

Anju Tamang's match-winner in the 48th minute ensured India made it five wins in a row, having won the last four friendlies against Hong Kong and Indonesia respectively.

The first chance of the game fell to the hosts right in the second minute itself. Winger Dangmei Grace latched on to a loose back-pass and raced towards the goal but the resultant shot was cleared away by the rival goalkeeper.

After the initial scare, Iran began to make their way into the game but the Indians were equal to the task. The half was played predominantly in the midfield as both sides battled for territory with coach Maymol Rocky's side enjoying the better of the chances.

As the match headed towards the interval, Iran caused a serious scare for the home side after forward Sara Ghomimarzdashti ran through towards goal. Her shot was on target but Indian custodian Aditi Chauhan stooped tall to prevent any damage.

After the breather, India got off to an electric start as Ratanbala played in Sanju and her shot from a tight angle just flied over the crossbar in the 46th minute.

Sanju was played in behind the defence and with an excellent first touch she drew out the rival goalkeeper. With her second touch, she then squared the ball to Anju, who slotted it home to give India a deserving lead.

Three minutes later, Indumathi took aim from distance but her powerful effort whizzed past the post.

The visitors continued to throw players forward, leaving them vulnerable on the break, and India almost grabbed a second in the process but were denied by the woodwork. 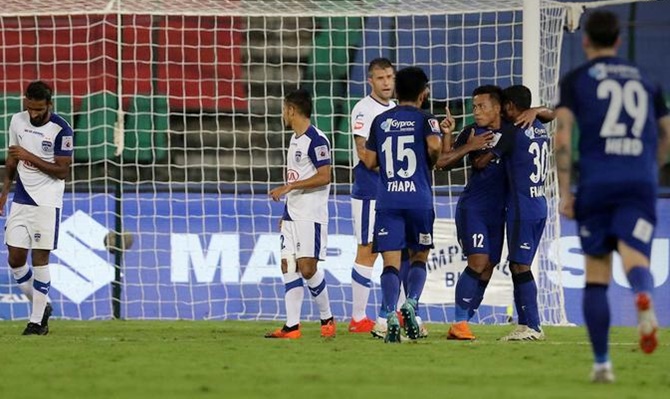 Defending champions Chennaiyin FC notched up a 2-1 win over table-toppers Bengaluru FC for only their second victory in what has been a disastrous season in the Hero Indian Super League in Chennai.

After taking a 2-0 lead into the lemon break, Chennaiyin held on tenaciously despite a strong fightback from Bengaluru FC to snap their five match losing streak.

Bengaluru FC, last year's runner-up to Chennaiyin, remains on 31 points after 15 matches and will have to wait to seal a playoff berth.

Chennaiyin, on the other hand, took its tally to eight points from 15 games but remains at the bottom of the table.

In the first half, Chennaiyin appeared to recapture some of its old form as they found the back of the net twice in the space of 10 minutes to leave the crowd in raptures.

The home team started positively and attacked from the word go. Bengaluru FC grew into the game and were starting to threaten the Chennaiyin FC backline.

In the 32nd minute, Nishu Kumar was not effective in the backline and his sloppy touch fell into the path of Jeje Lalpekhlua, who shot home, to score his first goal in ISL in almost a year.

Chennaiyin FC did not stop there and kept attacking and two minutes before the half-time, Gregory Nelson doubled the lead when he headed Laldinliana Renthlei's cross into the BFC net.

Bengaluru FC reduced the lead in the 57th minute when star striker Sunil Chhetri found the back of the net. A cross by Xisco Hernandez was headed in by Chhetri even as the Chennaiyin defence faltered.

In the 69th minute, Miku fired one in from outside the box on the right, but could not beat Chennaiyin goalie Karanjit Singh.

Hernandez's attempt to score a probable equaliser in the stoppage time was thwarted by an alert Karanjit as the visitors went all out to level the match.

With this result in the 12th Hero I-League, Churchill remain in third position on the table with 30 points from 17 games, while Mohun Bagan too remained in sixth spot, having garnered 23 points from 16 matches.

Both coaches, Petra Gigiu of Churchill and Khalid Jamil of Bagan, wrang in the changes at the start of the game, making three and four respectively, but still could not manage three points in three successive games.

This could bethe crucial period which will keep them away from the league title in the final calculations which are now less than a month away.

The game could not reach the heights as expected and the first half saw Mohun Bagan take the lead into the break with the help of an opportunistic Dipanda Dicka strike in the 39th minute, which was his seventh in this year's campaign.

Haitian winger Sony Norde missed a chance early and then Lybian defender Hussein Eldor hit the woodwork in the 17th minute for Churchill, before Dicka struck six minutes before the end of the half.

What could have unsettled the home side before conceding was the fact that they lost two crucial players before that due to injury. Hussein Eldor had to be replaced by Rowlinson Rodriguez and Richard Costa had to be carried away on stretcher in tears and was replaced by Aniston Fernandes.

Norde was brought down just inside the Churchill half on the left by Wayne Vaz, who otherwise has had a brilliant time of keeping the Haitian in check.

From the resultant free-kick, Abinash Ruidas floated the ball in towards Henry Kisekka inside the box, who climbed to head towards the path of Dicka.

The Cameroonian seemed to have been well covered by Rowlinson, who in his attempt to clear, flummoxed his own advancing keeper Vicky Baskaran, missing with his right and faintly touching the ball with his leading left foot. As the ball advanced further, Dicka had not given up the pursuit and tapped home from close.

After the break, Churchill seemed to have regained composure and pressed on for the equaliser but despite some close chances, could not manage to find the Bagan net.

Bagan, meanwhile, had a solid punch by Omar Elhusseiny on the half hour mark saved by Baskaran.

After having a good game for quite a while, central defender Eze Kingsley was adjudged to have brought down substitute Wolfe inside the box.

And the Trinidadian calmy converted from the spot to beat keeper Shilton Paul and regain parity.

It remained the same till the end and both teams will rue another missed opportunity at a win, something that has characterised both of their seasons. 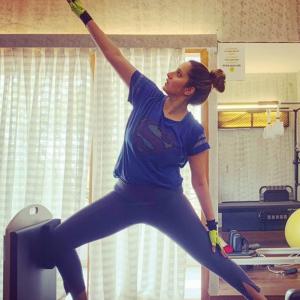 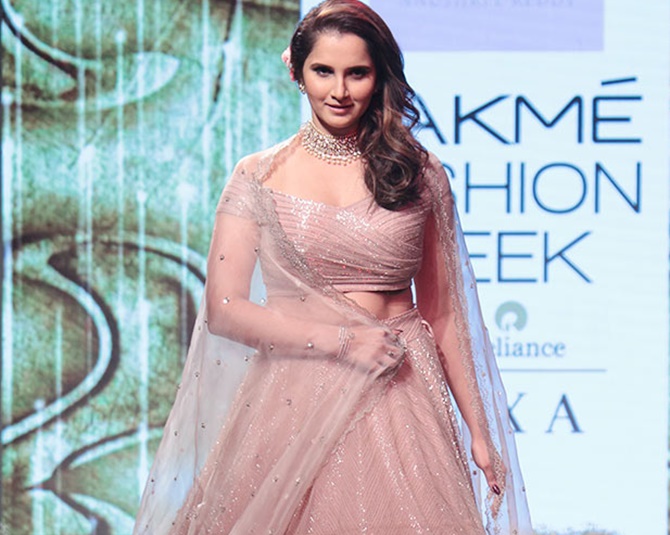