News
Business
Movies
Sports
Cricket
Get Ahead
Money Tips
Shopping
Sign in  |  Create a Rediffmail account
Rediff.com  » Sports » Tennis is my life. I still have it in me: Sania Mirza

'Realistic possibility for comeback is by the end of the year' 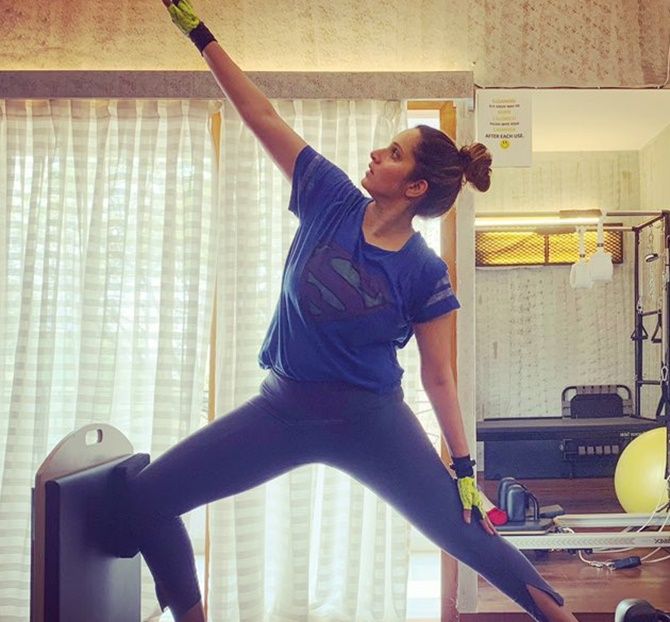 IMAGE: Sania had delivered a baby boy and the Indian ace said she now wants to return to the game. Photograph: Sania Mirza/Twitter

India's tennis star Sania Mirza is planning to make a return to the game by year end following the birth of her baby.

The 32-year-old had last played at the China Open in October, 2017 where she suffered a knee injury and was out of competition in early part of last year.

In October, last year Sania had delivered a baby boy and the Indian ace said she now wants to return to the game and would start her training soon.

"Realistic possibility for comeback is by the end of the year," she said in an interaction at The Huddle held by The Hindu, in Bengaluru.

"My conditioning trainer is coming in the next ten days. Now that I have lost weight, I do tennis specific training."

"I am 32 years old, I am not so young as a tennis player. But I would die if I did not try. Tennis is my life, it has given me everything. I still have it in me."

Sania said she looks up to German legend Steffi Graf, a winner of 22 Grand Slam titles, as she has achieved a lot even after marriage and having a kid.

"Steffi Graf is someone I look up to. I am still star struck whenever I see her. She is a great example because people say a woman cannot have to it all, but she had it all," he said.

"She is the greatest player. She married and had kids and achieved many things in life despite it."

Talking about favourite player, Sania said, "I will go with John McEnroe because he had personality. I don't smash rackets, but it is fun to watch others do that."

She also said she had the backing of parents and Mahesh Bhupathi in her initial stages of her career.

Replying to a query, Sania said tennis cannot compete with cricket in terms of popularity because a billion people prefer to watch cricket than tennis.

Sania said India is doing well in different sports, but in tennis it is not quite there.

"We are a country of a lot of people. We need to have more people making it to the top. I do regret that there isn't any system to promote players to the top level," she said.

"We are doing better as a country in different sports, but in tennis we are not quite there." 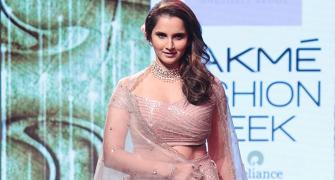 Who should play Sania Mirza in biopic?
Why ace shooter Rahi is worried for her future 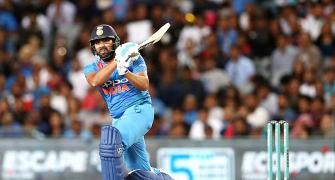 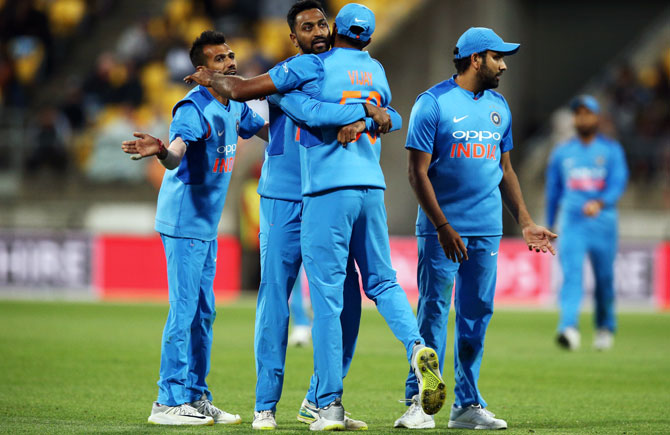 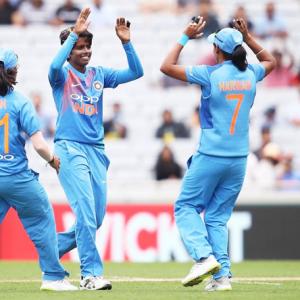