'Indian boxers will do something big in Tokyo Olympics'

'There are many countries who would like to be in our position but in some other ways, we still lack a lot in infrastructure to compare with top nations.' 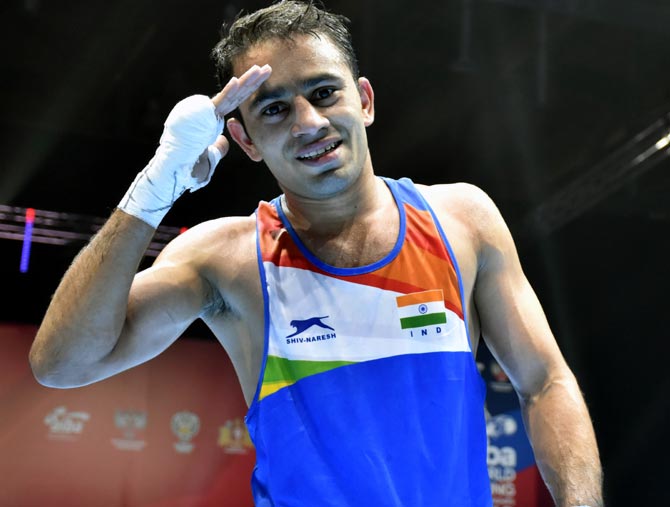 India's boxers are headed in the right direction and will do something big at the Tokyo Olympic Games next year, reckons High Performance Director Santiago Nieva, who wants his wards to emerge as outright winners and secure at least five Olympic spots during the Asian qualifiers.

The Indian boxers produced their best-ever show at the World Championships with Amit Panghal (52kg) and Manish Kaushik (63kg) winning silver and bronze respectively in Russia. Before this, the country had never won more than one bronze in a single edition of the showpiece.

"Every tournament we go, we always compare the results to what could have happened if it were the Olympics. Are we on the right track? So far, we have shown in every single competition that we are doing well," Nieva said on Friday.

"In Olympics, there are no guarantees but we are in the right direction and we are confident we will do something big in the Olympics."

The Indian boxers will now train their eyes on the Asian-Oceania qualifiers scheduled to be held in Wuhan, China from February 3-14.

"The qualifiers will be tremendously tough. We want all eight to qualify but realistically 5 to 6 boxers should qualify for the Olympics," Nieva said.

"In lower weights, there are world championship and Olympic medallists, so we can't sleep. We have to ensure that we beat them by enough margin so that there is no doubt in the judges' minds and that is our challenge," Nieva said.

He pointed out that the boxers' schedule needs to be worked out carefully in the coming months.

"Next we have two competitions. First is the World Military Games in October and then there is the Indian Boxing League in December," he said.

"It is good that there is competition but we have to be careful that we don't overload them with competitions. Then we have the trials, where except for Amit and Manish, rest have to go through the trials. Also some boxers will go for the Olympic Test events in Tokyo late October.

"Because we have these commitments, we will stay in India and in January we will invite foreign teams to come here for training. We will invite some countries and make sure that 5 to 6 teams come to India. So we will get some good sparring," he said.

Nieva is happy with the progress that Indian boxing has made in the last few years but stressed on the importance of infrastructure for the country to emerge as a dominating nation in the sport.

"This was India's best ever performance at Worlds. If this would have been an Olympic qualifier, we would have had four boxers qualified. It was a great performance but we want more medals and champions. So we continue to work to stay at this level," he said.

"There are many countries who would like to be in our position but in some other ways, we still lack a lot in infrastructure to compare with top nations such as Kazakhstan, Uzbekistan, Russia.

"They have more complete set up, from grassroots level to all the way up, so that is what we are trying to achieve...otherwise it will be very difficult," he said. 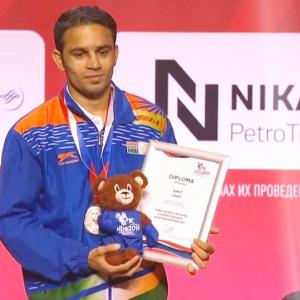