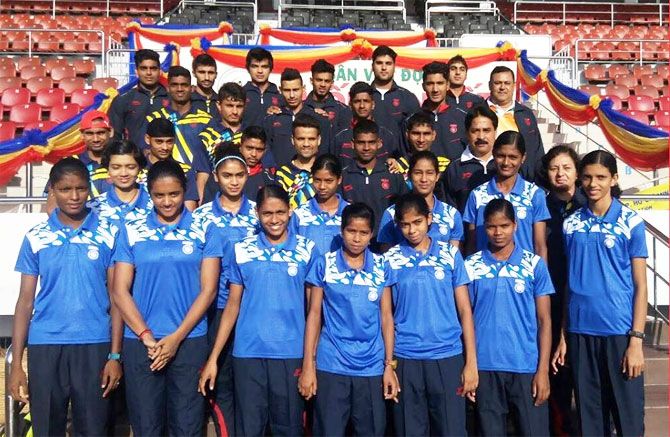 India ended their campaign at the 17th Asian Junior Championships in style as they finished third by winning 17 overall medals, including 7 gold, 4 silver and 6 bronze at Ho Chi Minh City in Vietnam on Monday.

With the result, India have also upgraded its ranking from fifth in the previous edition to third this time.

The Indian team had won 12 medals (2 gold, 6 silver and 4 bronze) in the previous edition of the tournament held in Taipei in 2014.

The Indians were at their absolute best on the last day as they bagged 3 gold medals, 3 silver and 2 bronze, with two of their athletes, Lily Das and Jisna Matthew completing a double with their second gold medal respectively in the Championships.

It was a dream run for 17-year-old Das from Triveni in Hoogly district (West Bengal) as she clocked 2:06.64sec to win the women's 800m, her second gold in the Championships.

Earlier, the youngster who had started as a child in the 400m and 600m and later shifted to longer distance, won the gold in the 1500m event.

In the 1500m race held earlier on Saturday, which was won by the Indians in both the men and women section, the 800m race witnessed an encore on Monday as Amoj Jacob claimed the gold in the men's 800m, with a timing of 1:51.82sec.

The icing on the cake came from the women's 4x400m relay team, which clinched the last gold for India in this championships with PT Usha's protege Jisna Mathew romping home in style. The Indian women's relay quarter of Jisna, Shaharbana Shidiqui Thadian Parambil, V Subha and George Linet clocked 3:43.57sec to take the top honours.

Rio aspirant Neeraj Chopra won the silver in the men's javelin with a best throw of 77.60 metres, behind Japan's Sado Juniya (77.97m).

Sonu Kumar added a bronze medal in the men's triple jump with a performance of 15.99 metres.

Image: The team of athletes at the Asian Junior C'ships 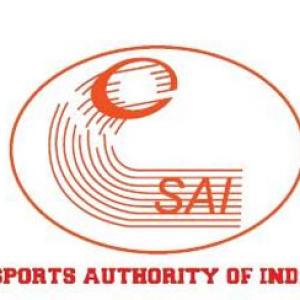