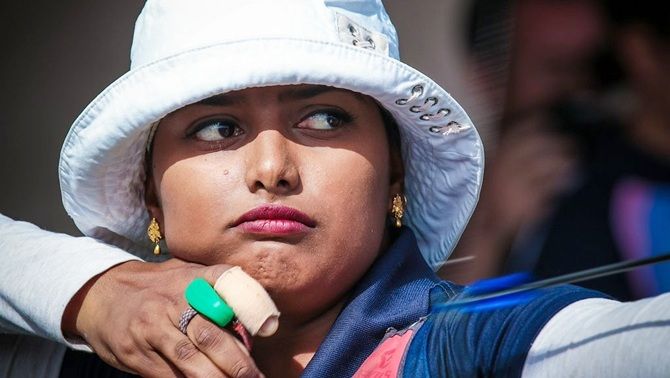 Indian archers would look to make amends for the flop-show in London when they take aim in the 31st Olympic Games in Rio de Janeiro on Friday -- archery and football kick-start  before the official opening ceremony of the Games.

On Friday, the four-member Indian team will step into Rio's landmark Sambadrome Marques de Sapucai, with an aim to break the jinx and prove the naysayers wrong.

An Olympic medal has eluded Indian archers who have achieved almost every other feat, including winning a bronze at the youth level of the Summer Games -- Atul Verma won that in Nanjing, China 2014.

Indian archers have had a presence in the Olympic Games since the sport was introduced in Seoul (1988) and, barring Sydney (2000) when they failed to qualify, they have competed in six editions with their best finish being the quarter-finals by the women's team in Athens (2004) and Beijing (2008).

In the individual section, Satyadev Prasad pulled off the best finish among Indians by advancing to the pre-quarters 12 years ago.

Since then the archery landscape has changed, thanks to the individual brilliance of Deepika Kumari, who at a young age of 15 burst into limelight by becoming the cadet world champion in Ogden (2009) competing in a field of under-18 age group.

Two years later, the Ranchi girl showed that she has it in her to go a long way by becoming the junior (Under-21) world champion in Legnica, Poland.

At last count, she had more than 10 gold medals at the world level including winning the team and individual finals at the Commonwealth Games, New Delhi (2010) when she stunned five-time Olympian and bronze-medallist Alison Williamson of Great Britain.

By the 2012 Olympics, she had become World No.1, along with her team, and expectedly the hopes from her skyrocketed.

But all the hype fizzled out in a few seconds when Deepika lost to Amy Oliver of Great Britain, while the team -- which also had Bombayla Devi Laishram and Chekrovolu Swuro -- went down to Denmark, both in first rounds. 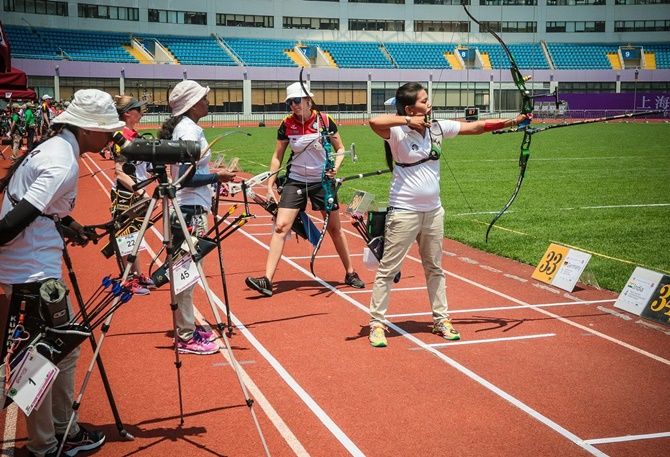 IMAGE: Experience will be on Laishram Bombayla Devi and Deepika's side at the Rio Games. Photograph: worldarchery.org/

The weather, viral fever and pressure of the Olympic Games for an inexperienced India team were the excuses given for India’s pathetic show in London.

These Indian archers had to start from scratch following their London debacle as their rankings dropped and Deepika battled inconsistent form which forced her out of the team for some time in 2015.

But she peaked at the right time to help the women's team clinch the quota berth in World Championship, last year, followed by an individual qualification in the women's section.

The women's team is now ranked fourth, while Deepika has slipped out of top-10. But the team has what it takes to challenge the invincible Koreans, who are eyeing their eighth successive gold.

London Olympics silver-medallist Aida Roman, who defeated Deepika in the World Cup Final two years ago, may once again stand in her way in the individual section.

No Indian has gone beyond the pre-quarters and it will be historic if any of them manage to clear that stage.

Deepika will have the experienced L Bombayla Devi, who is making her third successive Olympic appearance, to fall back on. Laxmirani Majhi, on the other hand, will be competing in her maiden Olympics.

Daughter of a coal-mine worker from the Santhal tribe, Laxmirani did not know about Olympics before taking up archery.

Making her third successive Olympic appearance, Bombayla, 31, is the seniormost member of the Indian squad and keeps a low profile.

She has not looked back after winning the team gold in the 2010 Commonwealth Games. 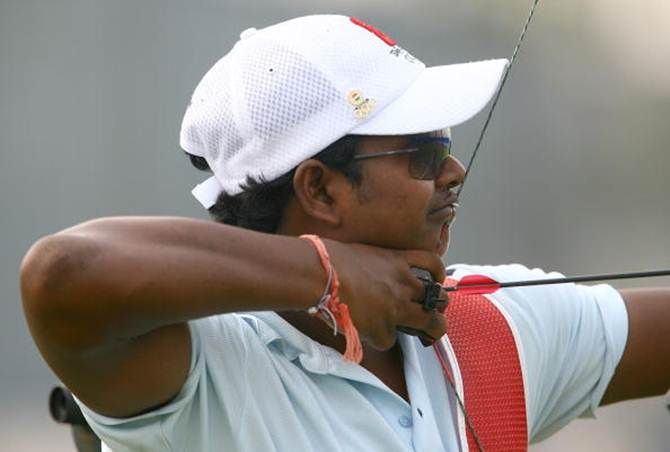 In the men's section, Atanu Das is the lone ranger for India. The 24-year-old's road to Rio was full of surprises as he first edged past former Olympian duo of Tarundeep Rai and Rahul Banerjee in the trials to join Mangal Singh Champia and Jayanta Talukdar for the Olympic Qualification meet in World Cup Stage III in Antalya in June.

The men's trio, however, failed to qualify for the Olympics for the first time since 2000 and Champia, who had earned the individual quota, was favourite to head to Rio.

But Das had impressed in Antalya with a silver in mixed pair with Deepika and narrowly missed his maiden World Cup individual bronze but not before scaring two-time World champion Kim Woo-jin.

Buoyed by his World Cup show that earned him a bonus point, Das went on to defeat Champia and Talukdar in the trial to pick the individual men's slot for Rio.

It will be a milestone if he betters Satyadev Prasad's pre-quarterfinal finish of Athens-2004.

The ones to watch out for will be the heavyweights Koreans, the USA, Mexico and Italy, while China and Japan would be the dark-horses.

Koreans are ranked the best in the world and the total number of medals they have won in the Olympic Games so far is 34, including 18 gold, followed by USA's eight gold, in an overall tally of 14.

Having landed here more than a fortnight ago, the Indian team is 'feeling at home' and coach Dharmendra Tiwari is looking forward to some historic celebration at the iconic venue.

"Hopefully it's us who will celebrate on the samba street of Brazil," Tiwari said.

- Catch all the action from the Rio Olympics, right here

© Copyright 2021 Reuters Limited. All rights reserved. Republication or redistribution of Reuters content, including by framing or similar means, is expressly prohibited without the prior written consent of Reuters. Reuters shall not be liable for any errors or delays in the content, or for any actions taken in reliance thereon.
Related News: Deepika Kumari, Bombayla Devi Laishram, Rio, USA, Mangal Singh Champia
COMMENT
Print this article