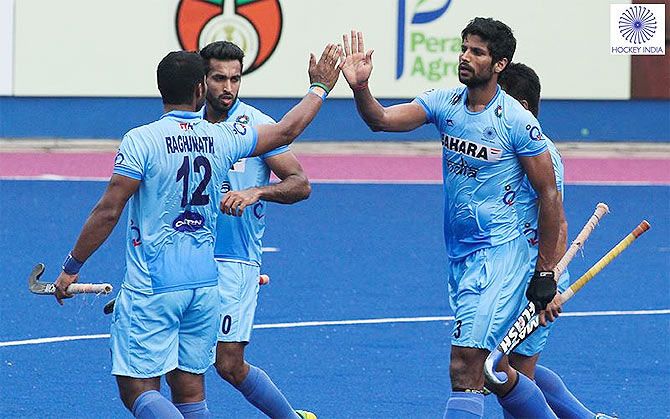 Eight-time champions India have been clubbed alongside title holders Germany and World No 2 Netherlands in Pool B at the men's hockey competition at the 2016 Rio Olympics.

Besides, Germany and Netherlands, other teams in India's pool are Argentina (ranked 6th), Ireland (12) and Canada (14).

World No 7 India had defeated the Netherlands en route to the bronze medal in the Hockey World League Final earlier this month.

The hockey event in Rio Olympics will be played according to the new format that includes knock quarter-final round and India just need to beat lower-ranked Ireland and Canada to qualify for the last eight.

Both teams received invitations after the South African Sports Confederation and Olympic Committee’s (SASCOC) rejected invitations for South Africa's men's and women's hockey teams, a statement from the FIH read.