IMAGE: India’s Leander Paes and Jelena Ostapenko of Latvia celebrate a point in their first round match against Storm Sanders and Marc Polmans of Australia. Photograph: Mark Kolbe/Getty Images

Making a winning start at the Australian Open, veteran Leander Paes reached the mixed doubles second round with partner Jelena Ostapenko while Rohan Bopanna progressed to the quarterfinals, in Melbourne on Sunday.

Paes and Ostapenko, the 2017 French Open champion, erased a one-set deficit to edge out local wild cards entrants Storm Sanders and Marc Polmans 6-7(4), 6-3, 10-6 in the opening round which lasted one hour and 27 minutes.

Paes is competing in his last Australian Open, having announced that 2020 is his final year on the Pro circuit.

They will next face American Bethanie Mattek-Sands and Briton Jamie Murray, who knocked out top seeds Marcelo Melo and Barbora Strycova 3-6, 6-4, 10-7 in their opening round.

Bopanna and his Ukrainian partner Nadiia Kichenok defeated the team of Nicole Melichar and Bruno Soares 6-4, 7-6(4) in their second round. 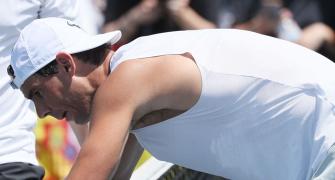 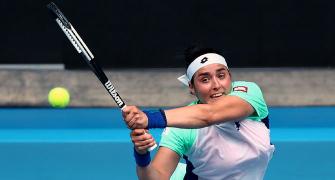 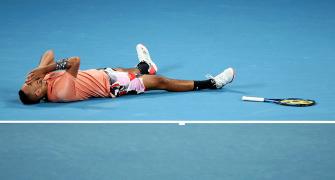 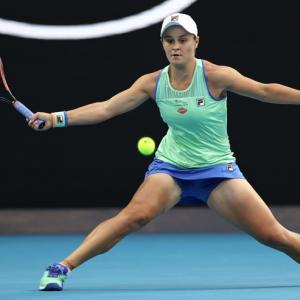