In a move that may jeopardise the existence of Hockey India, the Indian Hockey Federation (IHF) said it is in talks with IWHF to form a single body for the game and willing to follow government's age and tenure guidelines.

Hockey India, who are set go to polls on August 5, had refused to adhere to the ministry guidelines before announcing the much awaited elections, saying they are ruled by their own constitution.

"We are in talks with the Indian Women's Hockey Federation. We held a meeting with IWHF officials to discuss the unification of two bodies. We are more than willing to form a single body in the country," Gill said.

"We have already said that we have no problems with the government guidelines. We will give our reply to the ministry within the stipulated time," he said.

The Sports Ministry had issued show-cause notices to both HI and IHF, asking the two bodies to clarify their stance on guidelines of both International Hockey Federation (FIH) and the Indian government.

The ministry had given IHF 14 days time to reply and demanded an explanation from HI before the Thursday's elections as to why it should not be derecognised in the wake of the federation's declaration before Delhi High Court that it is a private body.

HI secretary general Narinder Batra said the polls will be held as per schedule and they will answer to the ministry's showcause notice within the given time.

"Some of the matters in the notice are subjudice so I won't like to comment on it but we will definitely reply to their notice before the elections. The elections are on," Batra said.

Incidentally, the much-awaited HI elections were postponed four times earlier, most recently on July 28 after the Delhi and Bombay High Courts stayed the poll process.

While the Delhi High Court stayed the polls following the failure of the Central government to clarify its legal position regarding HI and IHF, the Bombay High Court did the same on a petition filed by the Maharashtra Hockey Association.

HI, however, moved the Supreme Court against the orders and managed to vacate the stays on July 30 and obtain a green signal from the apex court to hold its elections.

Source: PTI© Copyright 2021 PTI. All rights reserved. Republication or redistribution of PTI content, including by framing or similar means, is expressly prohibited without the prior written consent.
Related News: IWHF, IHF, Delhi High Court, Narinder Batra, Gill
SHARE THIS STORYCOMMENT
Print this article
'IHF is only recognised body for hockey in India' 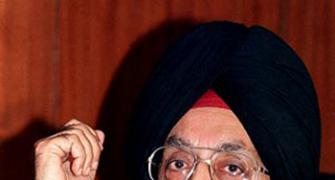