India has lost the right to host this year's Champions Trophy because of an administrative mess which may cost the country future events as well, the International Hockey Federation (FIH) said on Tuesday.

The FIH rejected the Sports Ministry-brokered peace agreement between Hockey India (HI) and the Indian Hockey Federation (IHF), saying there could not be more than one federation running the game.

"We regret that we have to move the Champions Trophy from India," FIH president Leandro Negre said in a statement.

"It is difficult for the teams, the organisers and the fans. But we feel that this is the only way to maintain the integrity of our sport."

The FIH was reviewing bids from other nations and a new venue for the elite December 3-11 event would be named within a week, the statement said.

Losing the tournament also means India will have to play in November's Champions Challenge in South Africa to qualify for the eight-team event.

"It is a fundamental and non-negotiable requirement of the Olympic Charter and the FIH statutes that there only be one governing body for any one sport in any country," the governing body said.

The rumbling IHF-HI row has crippled the game in a country that won eight Olympic gold medals but is now considered an also-ran.

The IHF was disbanded in 2008 after its secretary was caught on camera taking a bribe to select a player before being revived by a court order last year.

FIH backs HI and rejected the Sports Ministry-conceived formula of allowing a joint executive committee, comprising members from both factions, to run the game.

"FIH has no business withdrawing it (the tournament) from India when we have reached a settlement with honest intentions," he said.

HI officials were not available for comments.

© Copyright 2020 Reuters Limited. All rights reserved. Republication or redistribution of Reuters content, including by framing or similar means, is expressly prohibited without the prior written consent of Reuters. Reuters shall not be liable for any errors or delays in the content, or for any actions taken in reliance thereon.
Related News: FIH, International Hockey Federation, Hockey India, Ashok Mathur, Leandro Negre
SHARE THIS STORYCOMMENT
Print this article 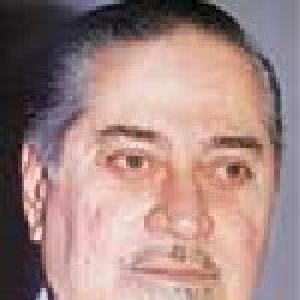