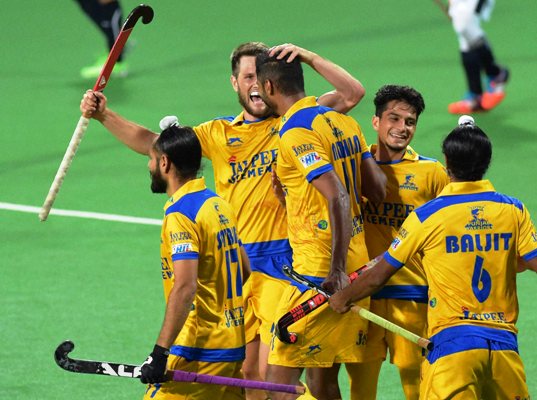 Jaypee Punjab Warriors stopped Dabang Mumbai's resurgent run by inflicting a 5-1 defeat on the home team and climbed up to the top of the table in the Hockey India League on Friday.

Punjab, who were up 3-0 after the first two quarters, scored the goals via successful penalty corner attempts by Varun Kumar (2nd minute), Mark Gleghorne (13th) and Christopher Ciriello (25th).

Later Nithin Thimmiah added a field goal in the 40th minute to virtually settle the issue as it counted as two to give the visitors a massive 5-0 lead.

A consolation goal came Mumbai's way through a last-gasp penalty corner effort, when Jeremy Hayward found the mark. Punjab, who went into the game after a defeat against

Punjab put up a dominating show right through the 60-minute match and never let Mumbai, who had reignited their campaign with three successive wins having suffering four straight losses earlier, settle down.

The victory took Barry Dancer-coached Punjab level on points (27) with Ranchi Rays who they will play against on Saturday at the latter's home venue.

Mumbai, who have games in hand against Ranchi Rays (February 14 in Ranchi) and UP Wizards (February 16 at home) remained at the bottom of the table with 19 points. 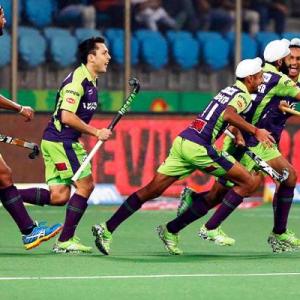 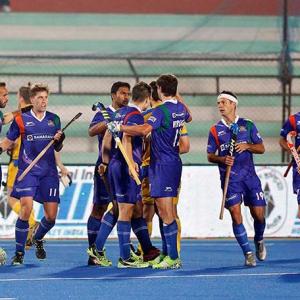