India paid the price for defensive blunders as Australia handed them a 1-2 defeat in a friendly hockey match in Perth on Thursday, ending a thoroughly disappointing trip Down Under for the team.

A strong Australian outfit, led by Fergus Kavanagh was too much for India to handle. The Indian defence, which held its own most part of the match -- the Indians managed to ward off five penalty corners on the trot in the first half -- fell apart in the closing minutes.

Goalless at the lemon break, Daniel Hotchkiss put the finishing touches to a move by Tim Bates to give Australia the lead. Sandeep Singh, who had till then missed three penalty corners, finally struck to equalise for India.

It seemed that the match would end in a draw but the Indian defence began to crumble in the last five minutes, conceding numerous long corners.

In fact, the Indian defense itself brought the ball from the right corner to the circle, setting up rival player Matt Ghodes to score from close range.

Indian forwards again came a cropper upfront, failing to convert good moves into goals. At the same time, barring the last 10 minutes of the first half, in which Tim Bates missed four of the five penalty corners he took, the Australian team was on the backfoot.

Gurbaj Singh, Arjun Halappa, Sardar Singh, and Ignace Tirkey set up many chances for the forwards but they failed to score, fumbling in front of the goalmouth.

After nearly a three week tour, the Indians will now return home. After a brief rest, they will assemble for a camp in Pune.

India were previously due to play for bronze of the just concluded tri-nation Challenge, meeting the new entrant Australia A.

However, the organisers decided to hold a Test match as only Pakistan and Australia's senior team figured in the tri-nation apart from India. 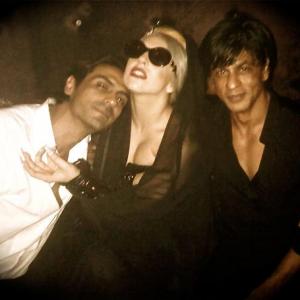