Harika closes in on semis at World Chess Championship

The Indian needs just a draw in the second game against Nana Dzagnidze of Georgia to qualify for the semis. 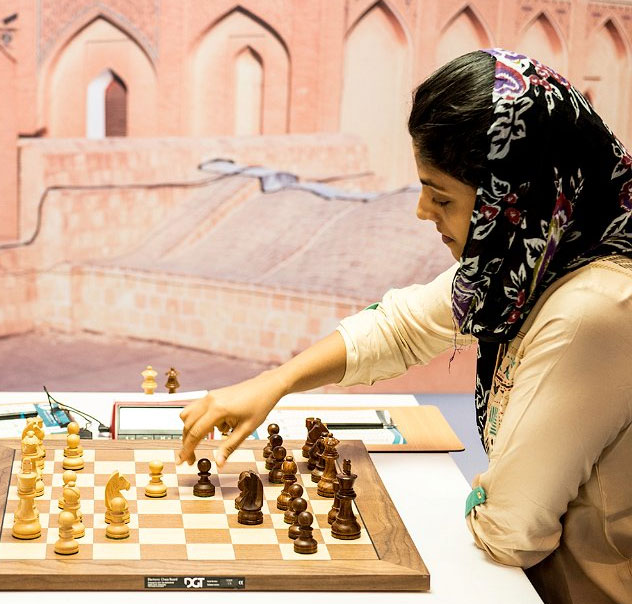 Grandmaster Harika Dronavalli closed in on a spot in the semi-finals following her victory against Nana Dzagnidze of Georgia in the first game of the quarter-finals of the FIDE World Women's Chess Championship, in Tehran.

The victory in the first game of the two-game mini-match means that the Indian needs just a draw in the return game to qualify for the semis.

Second seed Anna Muzychuk of Ukraine was the other winner of the day as she accounted for former champion Antoaneta Stefanova of Bulgaria. Former winner Alexandra Kosteniuk of Russia was held to a draw by Ni Shiqun of China while the all Chinese duel between Tan Zhongyi and top seed Ju Wenjun also ended in a stalemate.

Like Harika, Muzychuk also stands just a draw away from entering the last-four stage while rating favourites Wenjun and Kosteniuk will try harder in the return games when they play with white pieces.

Harika was up against a French defense and her choice of Tarrasch defense led to a miniscule advantage in the middle game. It was a pretty fine game from both sides till Dzagnidze fell for a fine tactical trick on the 39th move.

The Georgian could not spot a forcing drawing variation with her clock ticking away and allowed Harika to invade the eighth rank with her queen. Soon Harika won Dzagnidze’s queen and wrapped up the game in 47 moves.

Nerves will play a crucial role in the return game now as Harika needs a draw with black pieces and Dzagnidze has to go all out. The Indian has been in similar situations before as she made it to the semi-finals in the last two knockout World Championships also.

Meanwhie, Muzychuk had a relatively smooth sailing even after Stefanova got a decent position in the middle game arising out of a Breyer Ruy Lopez. It was in time trouble that the Bulgarian went wrong and her position collapsed in quick time.

Wenjun stood slightly worse at times in the duel against Zhongyi but remained resourceful till the end of the game while Shiqun could not gain much as white against some precise play by Kosteniuk.