News
Business
Movies
Sports
Cricket
Get Ahead
Money Tips
Shopping
Sign in  |  Create a Rediffmail account
Rediff.com  » Sports » Hamilton wins US GP but made to wait for title

Hamilton wins US GP but made to wait for title 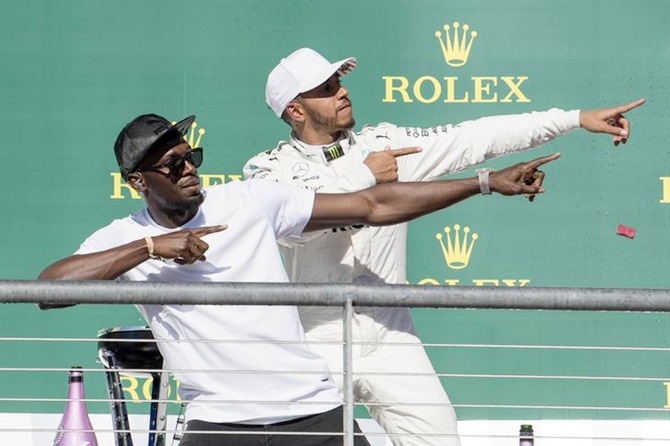 Mercedes won the Formula One constructors' title for the fourth year in a row on Sunday but Lewis Hamilton was made to wait despite cruising to a U.S. Grand Prix victory at one of his favourite circuits.

Hamilton, presented with the winner's trophy by former US president Bill Clinton, now looks sure to finish off the job and become Britain's first four times World champion in Mexico next weekend.

The Mercedes driver's fifth victory in six years at Austin's Circuit of the Americas extended his lead over Ferrari's Sebastian Vettel, who finished second, to 66 points.

There are a maximum of 75 points still to be won from the three races remaining.

"I love this track, I think this track is now my favourite to be honest," said Hamilton, interviewed by Usain Bolt on the podium and joining the Olympic sprint champion's signature victory pose.

"A big congratulations to the team. They work so hard back at the factory and here."

The victory was the 62nd of Hamilton's career and his ninth of the season.

Ferrari's Kimi Raikkonen took third, despite finishing fourth at the flag, after Red Bull's Max Verstappen -- who had passed the Finn with a great overtaking move -- was hit with a five second post-race penalty that dropped him to fourth.

"It is an appalling decision. They have robbed all of the fans here," raged Red Bull principal Christian Horner as Verstappen left the pre-podium room.

"It was a great grand prix and they have screwed it up." 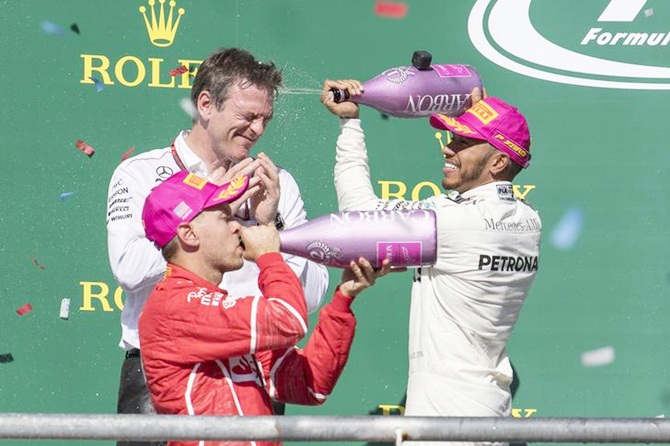 Hamilton had started on pole position, waved away for the formation lap by Bolt after an extended pre-race presentation reflecting the sport's new U.S. ownership and desire to jazz things up.

Celebrity boxing title fight announcer Michael Buffer gave his long and resonant call of 'Let's get ready to rumble', after announcing the drivers to the crowd one by one, and the battle was on.

But it was Vettel who struck the first blow from second place on the grid, beating Hamilton into the first corner as the Briton moved across and squeezed him as tight as he could without making contact.

Six laps later and Hamilton was back in front and this time he stayed there.

"At the start it was looking good, we got past Lewis, but we had to realise we couldn't go at his pace," said Vettel.

"We were then in no-man's land and were not quite sure. We decided to pit again, with a fresh set of tyres, and it was a bit more exciting but overall it was not the result we needed."

The German dropped down to fourth after his second stop but passed Mercedes' Valtteri Bottas with five laps to go and team mate Raikkonen obligingly let him pass.

Mexican Sergio Perez was eighth for Force India with Brazilian Felipe Massa ninth in a Williams and Russian Daniil Kvyat taking a point for Toro Rosso.

© Copyright 2020 Reuters Limited. All rights reserved. Republication or redistribution of Reuters content, including by framing or similar means, is expressly prohibited without the prior written consent of Reuters. Reuters shall not be liable for any errors or delays in the content, or for any actions taken in reliance thereon.
Related News: Lewis Hamilton, Sebastian Vettel, Usain Bolt, Toro Rosso, Ferrari
SHARE THIS STORYCOMMENT
Print this article 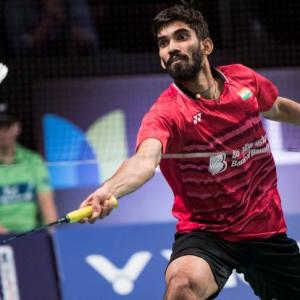 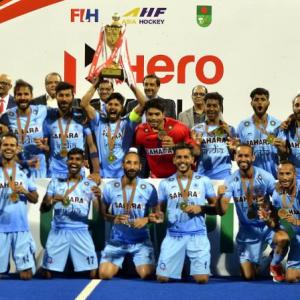