'There is going to be so much rust, a combination of emotion, excitement, eagerness.'

IMAGE: Mercedes said that Lewis Hamilton will be in his title-winning 2018 Mercedes W09 car on Wednesday. Photograph: Mark Thompson/Getty Images

Six-times Formula One World champion Lewis Hamilton will be back on track at Silverstone next week for the first time since February as Mercedes gear up for the start of the delayed Formula One season.

Mercedes said on Twitter that Hamilton will be in his title-winning 2018 Mercedes W09 car on Wednesday, with team mate Valtteri Bottas driving on Tuesday, to practise protocols for the July 5 Austrian opener.

Formula One has published an initial calendar with eight races in 10 weeks, taking place without spectators and in carefully controlled conditions because of the COVID-19 pandemic.

Silverstone, which hosts Hamilton's home British Grand Prix, is due to host two back-to-back races in August when it will also celebrate the 70th anniversary of the first world championship grand prix there.

Drivers have not raced since December, with the planned season-opener in Australia cancelled in March, and while they have been busy training during the lockdown some are concerned about preparedness.

Mercedes returned to work only this week after a long factory shutdown as part of cost-saving measures.

"There is going to be so much rust, a combination of emotion, excitement, eagerness," Australian Daniel Ricciardo said last month.

"Everyone is going to be ready to go. You are going to get some guys who perform on that level of adrenalin and others who might not," added the Renault driver.

© Copyright 2020 Reuters Limited. All rights reserved. Republication or redistribution of Reuters content, including by framing or similar means, is expressly prohibited without the prior written consent of Reuters. Reuters shall not be liable for any errors or delays in the content, or for any actions taken in reliance thereon.
Related News: Lewis Hamilton, Mercedes, Silverstone, W09, Formula One World
SHARE THIS STORYCOMMENT
Print this article 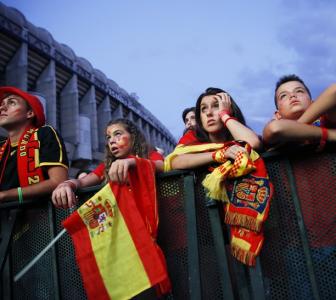