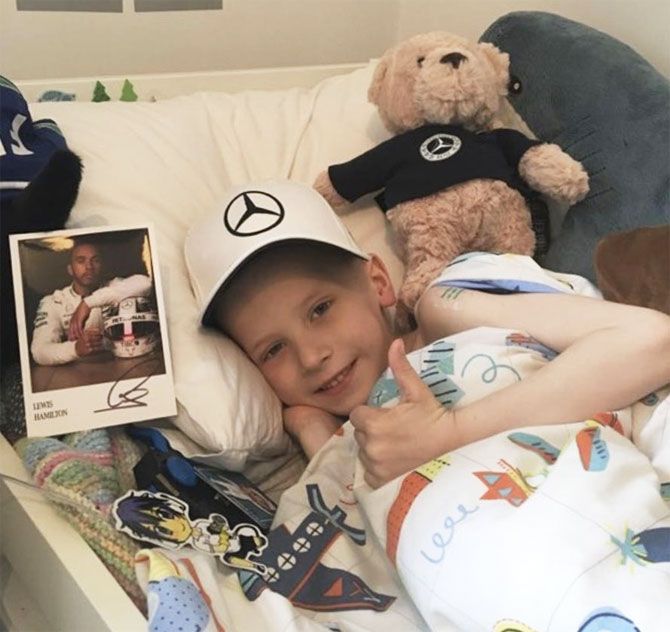 In a touching gesture, Lewis Hamilton and Mercedes have surprised a five-year-old boy, suffering from a rare form of terminal bone cancer, by sending a Formula One car to his home for him to experience the vroom.

Harry Shaw, from Surrey, sent Hamilton, a five-time Formula One World Champion, a good luck message on Instagram from his hospital bed.

Harry, who has Ewing's sarcoma, said in his video message: "Hello Lewis Hamilton. Good luck winning the race in Spain and thank you for the gifts. Lots of love from Harry and goodbye."

The boy has since moved back to his home for his final days, the BBC reported.

Hamilton described Harry as his "spirit angel" as he dedicated his Spanish Grand Prix victory to him.

"Harry, you don't know how much this message means to me buddy. Thank you so much, you are my inspiration today Harry," Hamilton tweeted.

"I will try to make you proud. You are such a strong boy, I wish I was as strong as you, I wanted the world to see how strong you are and ask everyone to send their best wishes and prayers to you during this hard time. Sending you love Harry. God bless you. Your friend, Lewis".

Mercedes later arranged for one of its cars to be flown to Harry's home, where he is also expected to be presented with Hamilton's winning trophy from the Barcelona race, the report said.

In April, Harry's parents were told he had just one week left to live.

Harry's father, James Shaw, said: "I don't know Lewis, but I think what we've seen is what a genuine, decent, lovely person he is.

"That was a heartfelt message he did and he won that Grand Prix for Harry and that means a lot."

Charlotte Shaw, Harry's mother, said: "It's brought smiles into his life at a time when there's a limited amount of fun to be had, to be perfectly honest."

She said gifts including signed photographs and a Mercedes cap first brought smiles, adding: "It just went from there, really.

"It's so special to see Harry enjoying himself." 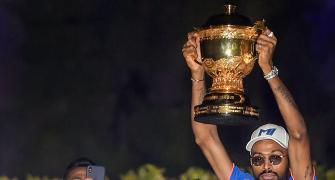 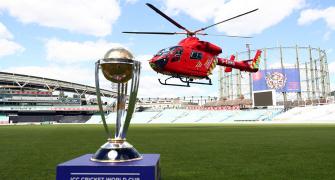 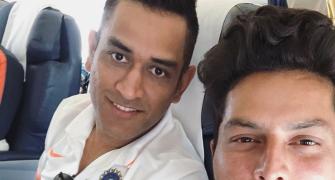 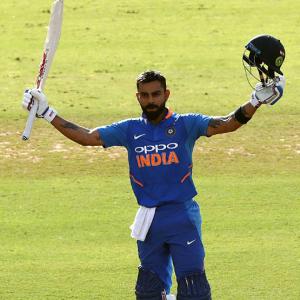