Churchill Brothers's Portuguese coach Manuel Gomes has tendered his resignation, after he was hauled by the club boss Churchill Alemao in front of the team for having lost against Mumbai FC.

Gomes, who was part of the coaching staff of Portugal in 2002 World Cup, found himself in troubled waters, after his team lost to Salgaocar and drew against East Bengal.

But the defeat against Mumbai FC, a team that is fighting to avoid relegation, did not go well with the club's boss Churchill Alemao, who hauled him in front of the team. Later, the coach resigned, after deciding to end the contract by mutual consent.

With Alfred Fernandes, who was a stop gap coach in their last match against HAL and Churchill Brothers continued to struggle and nearly lost against them but not for Roberto Silva injury time goal saved them from defeat has forced Churchill Brothers to hunt for another coach, as they have to play against Dempo FC, Prayag United, Pune FC and Sporting Clube de Goa.

Churchill Alemao later contacted their former coach Carlos Roberto Pereira, who has agreed to join them.

"Carlos Roberto Pereira and Subhas Bhowmick will arrive in Goa on Wednesday to sign their contracts with the club as Coach and Technical Director respectively," stated Denzie Ferrao, manager of the club. 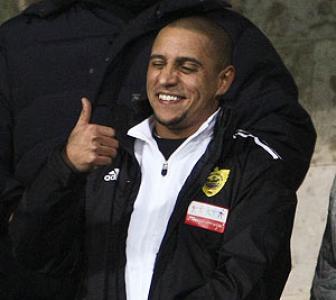