SSP Chowrasia carded a second straight even-par 71 to stay tied 20th but Jeev Milkha Singh (72) missed the cut despite an improved performance in the second round of the BMW PGA Golf Championships in Wentworth, UK.

Also making the halfway cut was Shiv Kapur as he made up for a first-round 74 with an even-par 71. At three-over 145, he was tied 46th with the likes of Martin Kaymer and Rory Mcilroy.

Jeev missed the cut with a second round of 72 that followed a first round 75. Also missing the cut at the same number of 147 was US Open champion Graeme McDowell (75-72).

Luke Donald, who shot a stunning 64 on first day, was still in lead, though he shared it with teenager Matteo Manassero (66-70) and Alvaro Quiros (69-67).

Tees were put back and some stiff pin placements kept scoring in check all day, and Donald's six-under total kept him in the lead with big-hitting Quiros and Italian teen Manassero.

Lee Westwood, needing to finish ahead of Donald to prevent his compatriot snatching the world number one spot, reduced the arrears from eight shots to five with a two-under 69.

As Donald leads at midway stage for the second year in a row, Manassero at 18 could become the youngest winner of the European Tour's flagship event.

Arjun Atwal slipped down the leaderboard to tied 29th with a two-over 72 but still managed to make the cut after the second round of the HP Byron Nelson Golf Championship in Irving, Texas.

Atwal, who looked set to improve on his first round placing of 20th, dropped a bogey on 15th and a double bogey on 18th hole.

Before that, he struck birdies on first and second and 10th. His bogeys in the front nine came on the eighth and ninth hole.

Palmer and Garcia shared the second-round lead at eight-under 132 after a sun-soaked round when the wind was gusting up to 36 mph.

Garcia posted his second consecutive four-under 66. Garcia withdrew after five holes in a British Open qualifier earlier this week and passed up a practice round at TPC Four Seasons because of an infected fingernail on his left hand.

Tim Petrovic (66) and Scott Piercy (69) were three strokes back at five-under. 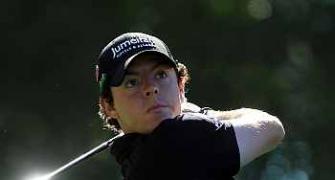 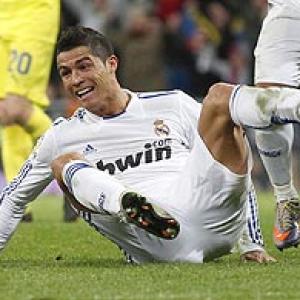 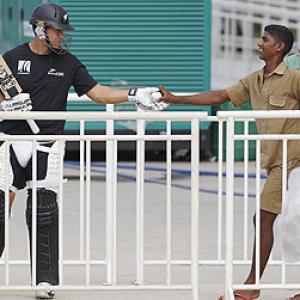