Sahara Force India recorded their best finish of the season with Paul di Resta and Nico Hulkenberg securing seventh and eighth position respectively at the Monaco Grand Prix in Monaco on Sunday.

It was the second double finish of the season for Force India since both its cars got into the top 10 at the Sepang International Circuit in Malaysia in March.

Force India thus picked up 10 points after Resta and Hulkenberg started in the 11th and 12th position on the grid. The team has so far recorded eight points twice in Malaysia and Bahrain.

India's Narain karthikeyan of HRT, meanwhile, finished at the 15th place in the 78-lap race, which was won by Red Bull's Mark Webber. This is the first time in the history of the Formula One world championship that six different drivers have won the opening six races of this season.

"A great result today and I'm very happy to make up so much ground on my starting position. We went aggressive with the strategy and I have to say the team really optimised it," Paul Di Resta said after the race.

"The secret was managing the tyres and trying to find clean air when we could. The car felt really good, much stronger than yesterday, and that allowed me to push when we needed to.

"Fortunately the rain held off at the end because that could have had a big impact on the end of the race. It's great that we managed to get both cars in the points and we can celebrate tonight," he added.

His German teammate Nico Hulkenberg was also happy with the result after a messy start.

"It was a pretty messy start with lots of cars touching and I was lucky to make it through because I had to avoid Grosjean, who was in the middle of the track," he said.

"For the first few laps I was running with Michael [Schumacher] and we were stuck behind Kimi [Raikkonen] who was struggling on the supersofts, but it was difficult to get by. Unfortunately Kimi stopped on the same lap as me so I remained behind him and we came out in a lot of traffic, which is when Paul jumped ahead of me," he said.

Team Principal and Managing Director Dr Vijay Mallya was very satisfied with the 10 points and hoped his team would continue in the same vein in Canada.

"A very enjoyable Monaco Grand Prix and I am delighted to see both Sahara Force Indias well inside the points. Paul drove a very strong race, making up seven places on his grid position and managing the tyres perfectly," Mallya said.

"Nico was running the reverse strategy to Paul, which also worked out well, and means we leave here with ten important points. Now, we look forward to the next race in Canada where we hope to continue our run of points finishes," he signed off. 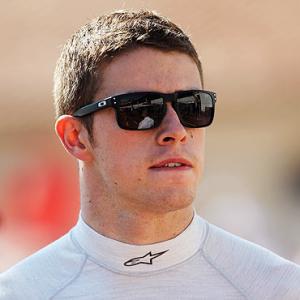